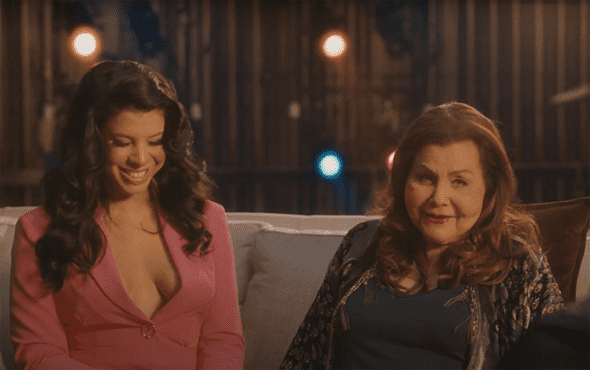 We are absolutely buzzing about this!

Pose star Hailie Sahar is stepping into the spotlight and bringing the inspiring story of Sir Lady Java to the big screen.

According to Deadline, Sahar will be teaming up with Emmy-winning director Anthony Hemingway for the new project.

Sir Lady Java has been viewed as a legendary LGBTQ+ activist and cultural icon that made massive waves in the 1960s.

The transgender entertainer sold-out shows, and became one of the most popular acts in Los Angeles, while also sharing the stage with some of the industry’s biggest heavyweights like Sammy Davis Jr, James Brown, and Lena Horne.

In a newly released interview promoting the film, Sir Lady Java opens up about her start in the industry stating: “I got started at the club, Gertrude Gibson, stops and says ‘Hey pretty’ and I said ‘me? pretty’?”

She continued: “She says ‘Why don’t you come on stage? Can you wear a bikini?’ I started dancing and before you know it the house was packed.”

During that time Sir Lady Java also faced her fair share of discrimination and roadblocks which included “Rule Number 9”, a law that banned any “impersonation by means of costume or dresses a person of the opposite sex.”

But through all the challenges the trans icon prevailed and helped set a precedent for the LGBTQ+ movement.

When it comes to Hailie Sahar portraying her in the new film, Sir Lady Java is more than ready.

“I love passing the torch onto Hailie, it means a great deal to me, because she will put a good show together,” she says.

The feeling is mutual for Sahar, with the Pose actress opening up about her own struggles and being able to have a platform to tell important stories.

“I didn’t have a lot of friends growing up so I was by myself a lot and that’s when I had to lean on my inner strength,

“Now that people are paying attention to me, I’m able to be a creator and share more stories to uplift the community, I have the microphone what am I going to say with it?” she says.

Watch the sneak peek for the upcoming film below.