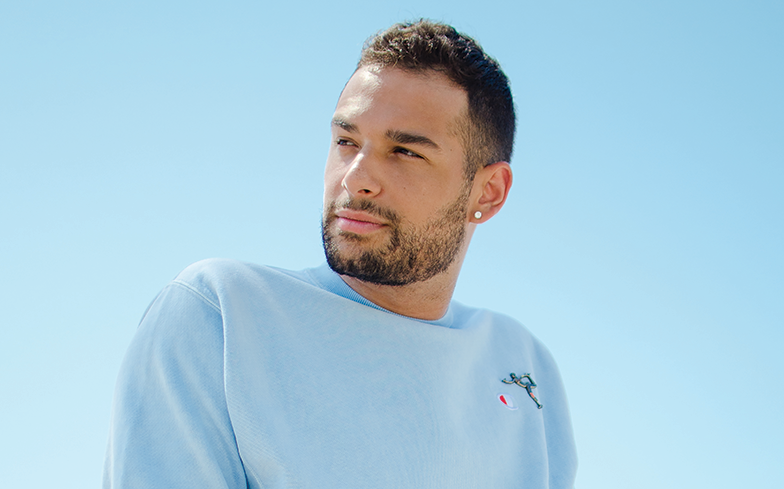 Being a part of Pose was more than just another acting gig for Johnny Sibilly.

It was personal, special, and something he’d wanted for quite some time.

“This was my third time auditioning for the show and once I got that call, I knew that this part was the right one,” he says. “The entire process was exciting and surpassed any expectations I had.”

When he thinks of this time back now, he can break it down into five fierce categories – just as they would in the ballroom…

Being able to be part of a trailblazing cast like the one on Pose was nothing short of a dream come true. Seeing all of those trans, queer, black and brown characters on screen and on set was a reflection of the brilliance I’d always seen growing up, and also in my LGBTQ acting classes in NYC. To go on set and see queer folks not only at the helm, but as crew and background actors, it showed me a world where our talents and voices could be celebrated, deemed worthy, and even called ‘must-watch TV’.

Playing a Latinx man dying of the AIDS virus was important to me on many levels. Growing up, you’d hear of a queer family member dying of AIDS, but that was it – there was no backstory, no indication about this person’s humanity. Playing Costas with Billy Porter as Pray Tell reminded me to give the side many families either neglected to see or were unable to. These two men only had each other, they fought for one another, and knowing that many of my queer forefathers had to do this made me feel that much more of a responsibility to try and bring that humanity to the role. It’s for all the Costas and Pray Tells of the world, either gone or living.

Seeing the community’s reaction to the show was something that felt so new and also like it’d been a long time coming. Rarely do we get shows like Pose that gives our community an opportunity to not only relate, but also to learn about our history. So many queer men I spoke to said they didn’t know gay men weren’t having trans women in their spaces. It’s a reflection of our community in the best and worst of what we are and have been. It’s also high time folks hear the stories of the ballroom community – folks who have given so much to our mainstream culture without recognition. They’re getting their due, and to have not only our community asking questions, but the cis heterosexual folks asking questions, that means so much.

My mom, who has been a devout Christian and has never really known much about the LGBTQ experience, called me after Pose and asked what she could do to better help trans people in her line of work. This was groundbreaking for me because it opened up a dialogue that had never been there before. That’s one of the reasons, to me, that this show is so incredibly important. To see queer folks on screen gives viewers an opportunity to empathize with their experience and creates dialogue. Art offers this opportunity for humanity. Storytelling has always indicated societal change, and seeing the opportunities it not only gives queer creatives, but what it does for the safety and respect of our entire community, is the future this show is working for.

I have to shout out a couple pinch me moments from my time on Pose. When Ryan Murphy gave me his stamp of approval I had to take a seat and process it for a moment. I’ve looked up to this man for years because of his work and what he’s done for queer representation. I’m still not over it. Having a scene partner and onscreen love like Billy Porter was all I could ask for. His generosity was plentiful, and his talent knows no limits. I’ve read Janet Mock’s work for years and I got to fall in love with her storytelling, but this time I was in her hands. Lastly, the day before shooting my first episode I got a message from Pose’s creator Steven Canals telling me that he’d been following my work on social media for years and he was happy I was part of the production. Reading that will always mean more to me than I think he knows because it validated me in the eyes of a fellow queer person of colour, and also validated my hard work that led up to this amazing opportunity.