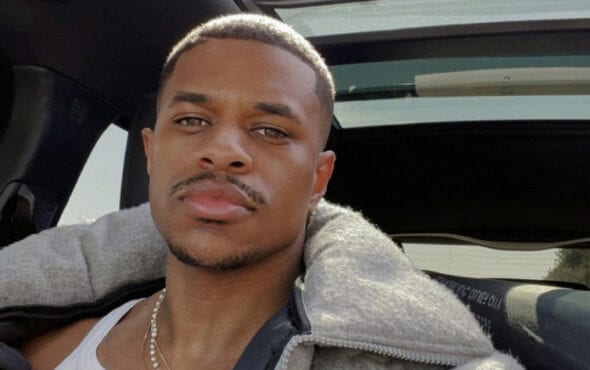 Jeremy Pope will star alongside Gabrielle Union in The Inspection.

The drama will mark the feature-film debut of filmmaker and photographer Elegance Bratton, who also serves as writer and director.

The Inspection will reportedly be based on an autobiographical story of Bratton, who won universal acclaim for his documentary last year about homeless trans youth, Pier Kids.

Pope will play a young gay man enlisting in the Marines who is desperate to win the approval of his mother, who will be portrayed by Union.

A24 will also co-finance and handle worldwide distribution while Chester Algernal Gordon will produce via Freedom Principle.

In a statement, Brown said: “Elegance brings authenticity, heart and a fresh perspective to this compelling autobiographical story and we are thrilled to have Jeremy Pope and Gabrielle Union on board to bring it to life.

“I’ve long admired the excellent work of our partners at A24 and it’s exciting for Gamechanger to partner with a company that is equally committed to bringing diverse and captivating stories to the forefront of entertainment.”

Pope recently rose to fame in Ryan Murphy’s Netflix miniseries Hollywood, which earned him a Primetime Emmy Award nomination for Outstanding Lead Actor in a Miniseries or Movie. He recently reunited with Murphy for the third season of Pose as the boyfriend of Blanca (Mj Rodriguez).

The actor also made history in 2019 when he earned two Tony nominations for Choir Boy and Ain’t Too Proud, becoming the first Black performer to do so. For the latter, Pope also earned a Grammy Award nomination.

Last year, it was also announced that he will team up with Pose writer and director Janet Mock for a biopic on Sammy Davis Jr. called Scandalous.