The actor, singer and dancer talks the end of Pose and his new single Heaven. (Warning: spoilers ahead for the third and final season of Pose.) 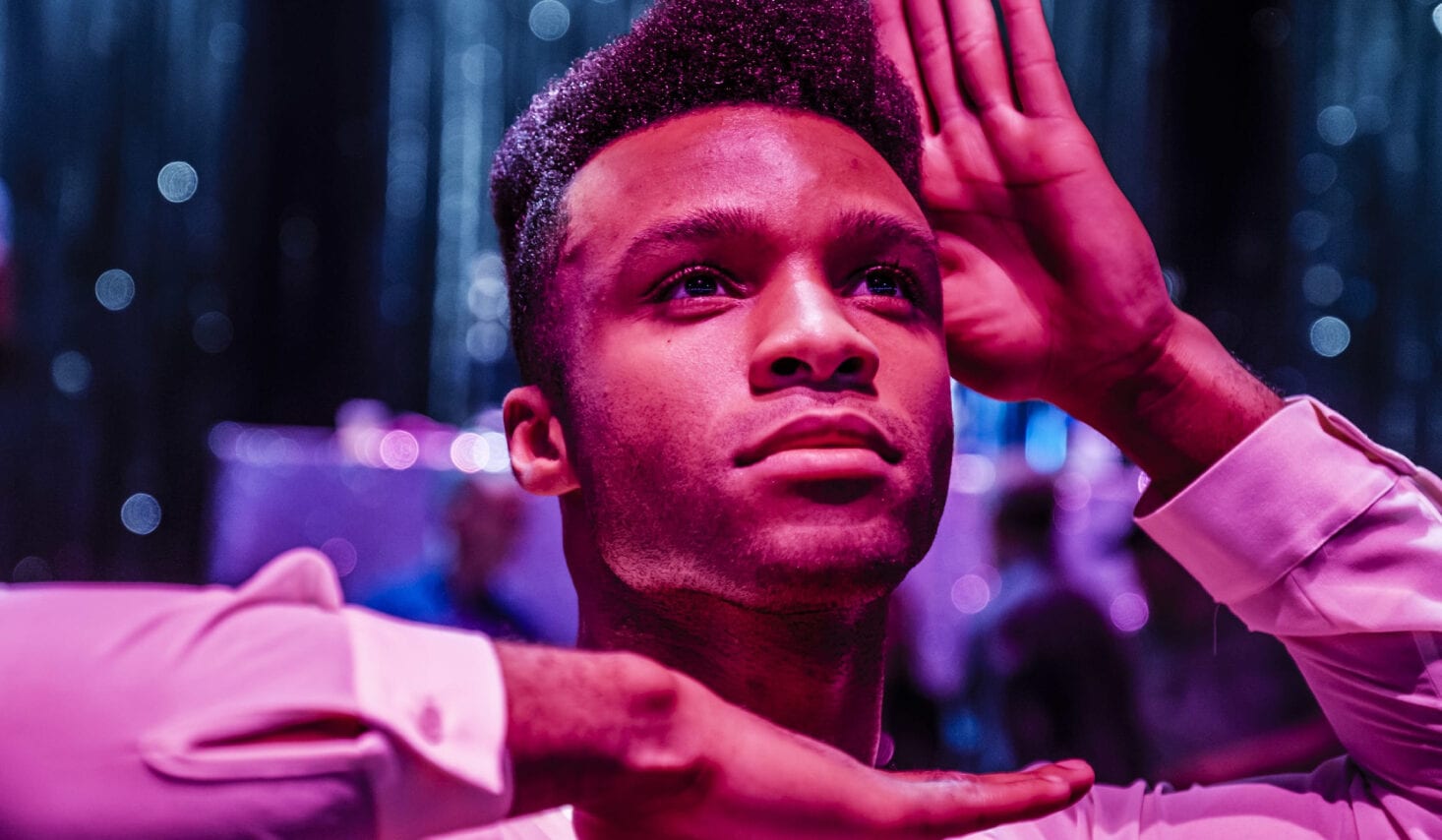 Dyllón Burnside is having a hell of a year so far. In May, the entertainer returned for the third and final season of LGBTQ+ drama Pose as his breakout character, Ricky Evangelista, a homeless youth turned professional dancer for the stars who finds solace in Pray Tell (Billy Porter) after learning he’s HIV-positive. For his performance, Burnside received widespread critical acclaim.

The star’s PBS short-form series Prideland – which follows Burnside as he explores modern day life of the LGBTQ+ community in the American South – has also been nominated for a Daytime Emmy Award for Outstanding Short Form Daytime Non-Fiction Program. Not only that, Burnside will reunite with Pose co-creator Ryan Murphy for his upcoming American Horror Story spin-off series, and has continued to define his sound with his new anthem Heaven, which was written in response to his church claiming that “LGBTQ+ people would be damned to hell”.

“Love is not discriminating. That’s true for queer love. That’s been my experience for queer love, it has been such a blessing to me and brought heaven on Earth. So, that is what the song is about and that is my reason for writing it and releasing it out into the world,” Burnside tells GAY TIMES over a Zoom call. “I think, at this time, when so many LGBTQ+ people across the world are being persecuted and the church is doing whatever it’s doing, it’s important to have that counter-narrative to affirm people in who they are and in their loving relationships.”

Here, we speak with Burnside about the success of Prideland (and whether a second season is in the cards), the end of one of television’s most beloved LGBTQ+ dramas of all time, and how his experience with the church has influenced his direction as a singer and songwriter.

It’s been over a year since we last spoke, where we discussed your incredible Prideland series. How have you been?
I’ve been doing really well, Prideland is actually nominated for an Emmy right now! I found that out this week. Prideland was a really special experience that I was really grateful to be able to tell my story in that way, and to tell the story of so many people across this country in that way.

Do you think you’ll ever revisit Prideland for a second instalment?
I hope so! We’ve been talking about it with PBS and it’s yet to be seen whether or not that will be a reality, but it would be so nice to do a second instalment.

We have to talk about Pose. You were absolutely sensational in the third and final season. What was it like for you, saying goodbye to the series and this wonderful cast?
It was really difficult. You all saw in real time what some of that was like. That was a lot of what I was using and what I was accessing, personally, to bring some of those emotional scenes to life; saying goodbye to the show and experience, just processing. I think we’re not always encouraged to express our emotions, particularly crying, which is something that is stifled in us. Especially with men and Black men, we’re told to not cry. Even as kids when you’re crying it’s like, ‘Stop crying.’ Crying is a thing that we’re discouraged from doing. So, it felt really good to have an outlet to process a lot of these emotions in a way that felt safe and where I was encouraged to cry and being asked to cry. There were lots of things that needed to come up around Pose, so many different things, particularly around what this experience has meant for me and to me, and these people that I got to do it with; just mourning the end and also celebrating all of the things that we were able to accomplish together and get to do moving forward.

You shared a lot of your scenes with Billy Porter, and the show continued to expand on both of your characters’ experiences with the HIV/AIDS epidemic, which resulted in some of the most powerful scenes in the show’s history. How was this experience for you, personally?
The thing that people don’t always realise is that, while the scenarios and the characters are fictional, the emotions are real. Our bodies don’t know the difference between what’s real and what’s imagined. Our bodies just know that it’s going through a familiar thing, which is that mourning and that grieving. So, it was really tough. When you’re filming something, it’s over a course of time. Sometimes it’s out of order, so the emotional processing of it can feel disjointed. It was very heavy. It was very dark. I went home, carrying the weight every night. Just about every scene in the finale was just an emotional scene for my character. I went home feeling that. So, I had to find ways to release that when I got home, and that was through therapy, message therapy, exercise, eating well, yoga and meditation. I really leaned into my wellness practices, staying in touch with family and friends, watching feel good TV, listening to good music that helped me release some of the heaviness that I was feeling. 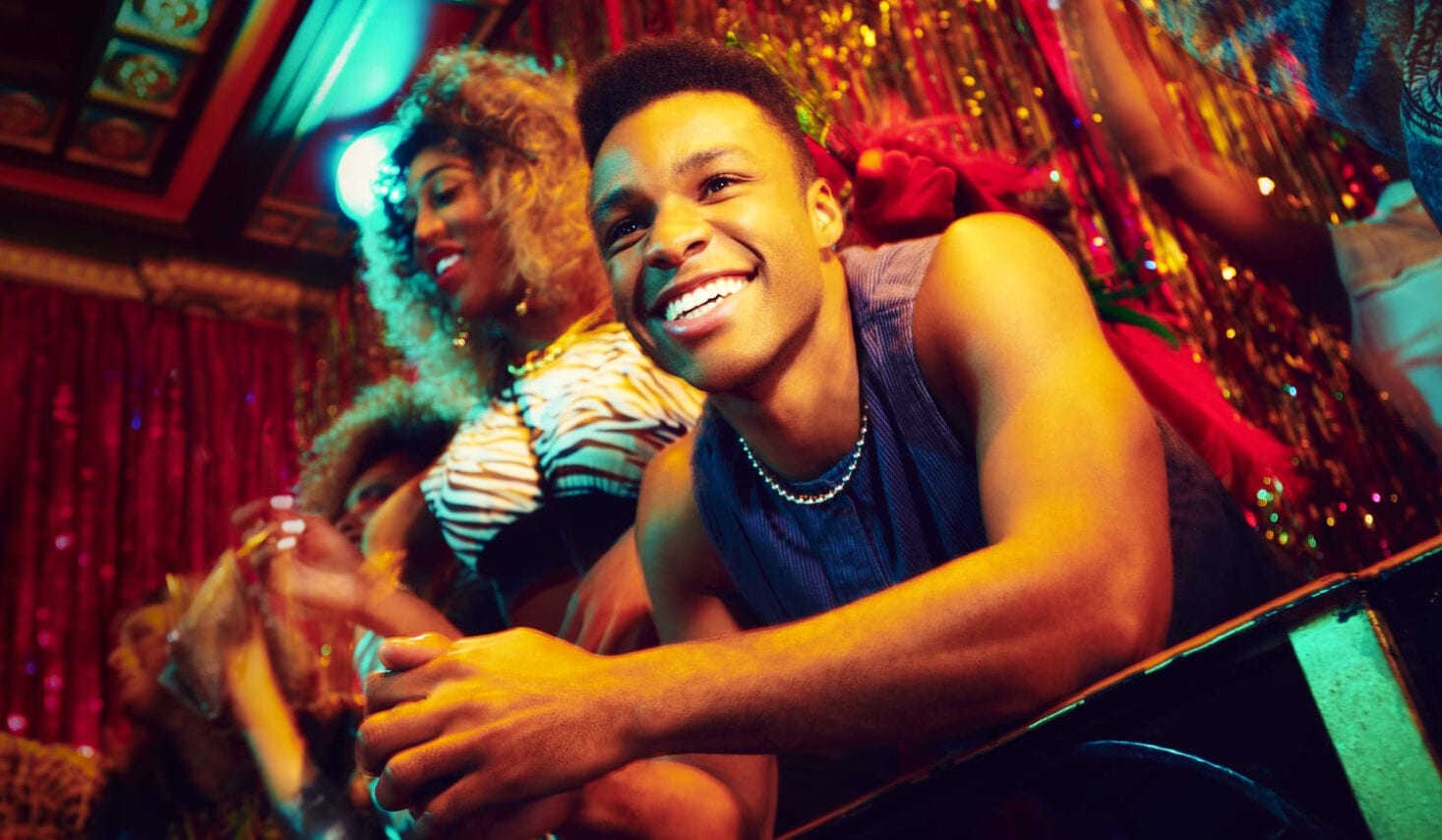 The finale really was such a beautiful send-off for these characters, ending on a hopeful note due to HIV/AIDS is no longer being a clear death sentence. How did you react when you read the final script?
I cried when I read the finale episode. I was just overwhelmed with emotion for the way it presented the things that you’re talking about, the hope. Particularly for Ricky, throughout the course of the series he was looking for belonging and a place to call home and a community that he could really rally with and build a family. I think he got so many of the things that he really wanted and that was so beautiful for me to witness on the page and to think about being part of creating him. So, I wept. I wept gratitude and I cried in celebration for ways in which he and so many other characters got to see their dreams realised.

I know I’m jumping the gun, because it’s been minutes since the finale, but would you ever consider revisiting Ricky if the opportunity arises?
Sure! I would love to explore what the new House of Evangelista looks like with Ricky at the helm, and choreographing for Destiny’s Child! I feel like Ricky would be whipping his house into shape, and it would be interesting to see the ways he parents, having Blanca and Elektra as mothers. Also, Pray Tell has a large influence on who he becomes, so I think he would have a very interesting parenting style.

You just released an incredible new single with Daley called Heaven. What’s the meaning behind the song?
I started working on Heaven back in February of 2020. I grew up in the church and I grew up hearing a lot of disparaging remarks about queer people in the community; being told that LGBTQ+ people would be damned to hell. I carried that with me for so long and I came to the realisation that my life has been the exact opposite of what everyone said would be the case. I’ve lived the most blessed life and I feel the presence of God, or the universe, whatever you call it, in and around me everyday. The Catholic Church has just said they can’t bless same-sex relationships, which is crap if you ask me, and in the same breath the church said God is love. That is really crazy to me. If God is love and if God is also the pathway to heaven, then love is the pathway to heaven. I have truly found that love in my life has opened up the pearly gates, so to speak, it has really allowed me to embrace myself more and to embrace the world in a more open way. It truly has brought heaven on Earth for me. Love is not discriminating. That’s true for queer love. That’s been my experience for queer love, it has been such a blessing to me and brought heaven on Earth. So, that is what the song is about and that is my reason for writing it and releasing it out into the world. I think, at this time, when so many LGBTQ+ people across the world are being persecuted and the church is doing whatever it’s doing, it’s important to have that counter-narrative to affirm people in who they are and in their loving relationships.

Why was Daley the right person to collaborate with on this?
I just felt like his voice was perfect for the song. We’ve been friends for a bit, and I sent him the song just for him to hear it, because I wanted his feedback. He gave me some really great suggestions about some ad-libs to do and things to change with the harmonies. I was like, ‘Why don’t you just do it?’ He was like, ‘Okay! Gimme a bit to listen to it,’ and then a couple days later he sends me back this beautiful vocal performance. It was really organic and just came out of our friendship, and me wanting his artistic ear on the song, and he really fell in love with the song and added so much to it.

Will Heaven be included on a larger collection, perhaps a full-length debut album?
Yeah! There’s much more music to come and it’s all about timing for me and figuring out when is the right time to release a song, based on what I wanna say to the world. My work is all about, what is the conversation I’m having with the public? We are looking at what the next release will be and working on that as we speak! I’m excited to put on my director hat and craft some visuals for the whole project. It’s all coming!

Heaven (featuring Daley) is now available on all streaming platforms. Listen here on Apple Music and Spotify or below. 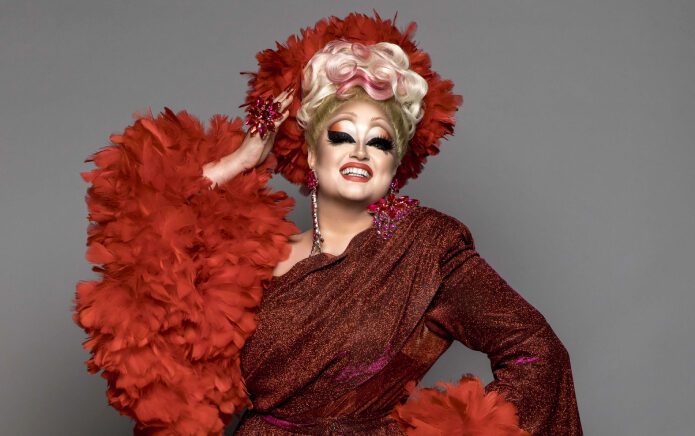 One of Victoria Scone's picks for Snatch Game on RuPaul's Drag Race UK season 3 has honestly left us screaming. 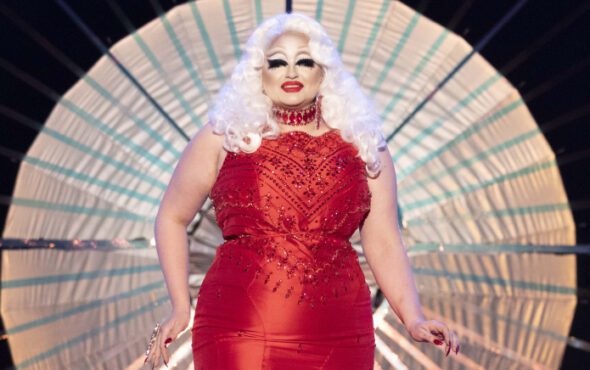