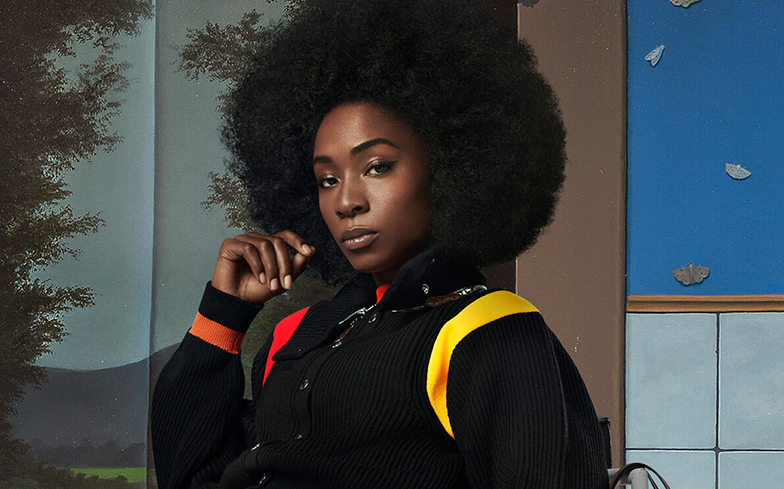 It’s very American Horror Story and we are obsessed.

Angelica Ross has followed in the footsteps of her Pose co-star Indya Moore and appeared in the latest Louis Vuitton campaign.

The legendary actress, advocate and founder of TransTech Social Enterprises is a face of the brand’s pre-fall collection, which depicts various stars as the hero/heroine on the front cover of their very own novel.

Shortly after Ross was announced as a face of the campaign, she took to Twitter to reveal that she asked Louis Vuitton to “rock my natural hair in an Afro,” to which they “came back with an enthusiastic YES”.

Ross made history last year with her appearance on the horror anthology series, becoming the first trans actor to secure two regular roles on television. She made her debut on the series after exiting the second season of Pose.

She also became the first trans person in history to host a presidential debate.