Pose season 3 might not include kissing or ballroom scenes 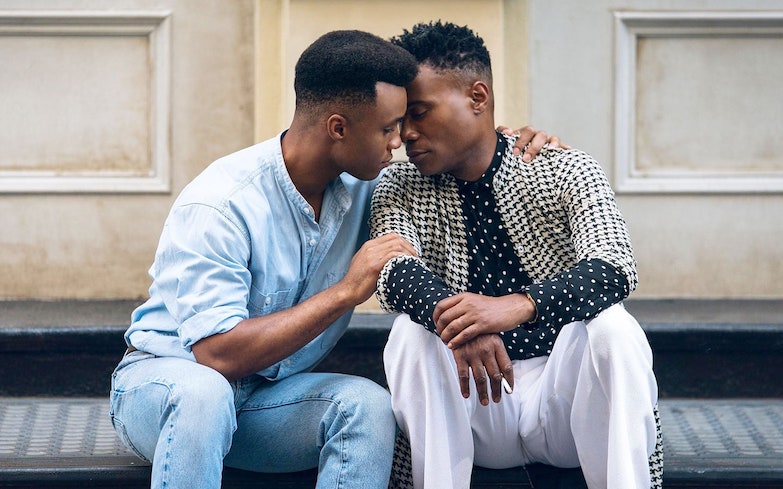 “That’s such an important and critical part of our show and the narrative.”

Kissing and ballroom scenes could potentially be scrapped on Pose.

The critically-acclaimed series, which focuses on the queer African-American and Latino communities of the ballroom scene in 1980s New York City, halted production on its third season earlier this year to the coronavirus pandemic.

In a new interview with Variety, Indya Moore – who plays Angel Evangelista – said it didn’t come as a surprise, but it was a “bittersweet moment” because “if anyone had gotten sick, it surely would have spread fast.”

“On the other hand, most folks working on a production are living paycheck to paycheck. So I was worried about how they are going to survive,” they explained, before admitting some of the cast members are “going through a really rough time” and are “feeling a little bit paranoid about returning to set too soon and frightened about what we will return to.”

Steven Canals, who created the series with Ryan Murphy and Brad Falchuk, said the show will undergo some major changes in its format due to the social distancing measures in place to prevent to spread of the virus.

“Things like kissing — we will likely forgo those moments. The place on our show where the biggest impact will be felt will be the ball scenes: Those scenes have 125 to 150 background actors,” he revealed.

“That’s tricky, because that’s such an important and critical part of our show and the narrative. We’re just, only now, having conversations of ‘Is there a world where we forgo these things?’”

Canals said season three will focus on “family and really caring for each other’s well-being” and will “inherently address what’s happening currently with COVID-19” because global epidemics are “already baked into the DNA of the show.”

Like Canals said, ballroom scenes are a pivotal aspect of the series, as well as the intimacy between the characters; the love scene between Pray Tell (Billy Porter) and Ricky Wintour (Dyllon Burnside) broke new ground for LGBTQ+ representation on television last year, making history as the first sex scene between two Black, queer HIV-positive men.

Porter also became the first openly gay Black actor to win the Emmy Award for Outstanding Lead Actor in a Drama Series, while co-star Mj Rodriguez became the first trans woman to take home the trophy for Best Actress at the Imagen Awards.

Here’s hoping it will continue to make history when it airs, whether that’s later this year or 2021.

The second season of Pose will be available to stream in the United States from 11 June on Netflix.