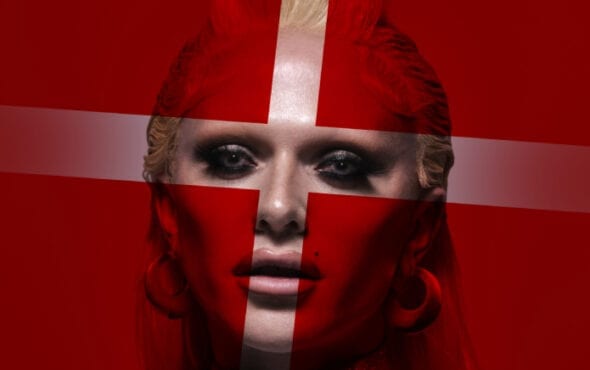 Bimini Bon Boulash is putting her “fingers back up to the people” who made her feel like “shit” on her triumphant debut single.

Written by the Drag Race UK runner-up with Billie Blonde and Redshank, who also produced the track, God Save This Queen is a punk-pop and Britpop-inspired anthem in which the star discusses her non-binary identity, growing up working class and going out on the “lash”.

Speaking with GAY TIMES about the banger, Bimini says the track is her answer to the current slate of music in the charts. “I wanted to go against that a bit, because it’s very nostalgic with the sounds that I grew up with in the 90s and 00s, Britpop, and I wanted to bring that back a bit, have fun,” she admits.

Bimini says the song is also inspired by British singer-songwriter Lily Allen, who she describes as one of her favourite musicians, and how she incorporates “sarcastic, social commentary” within her music.

With lyrics such as, “Just the other day I was walking to the corner shop, getting myself a loaf of bread and an alcopop when these two geezers reading The Scum said, ‘Oi stop! Are you a boy or a girl? Or what?'” Bimini says the track is “definitely” based on her personal experiences as a queer person in London.

“I’m very proud of God Save This Queen because it feels therapeutic. It’s putting my fingers back up to the people that made me feel like shit,” says Bimini.

“I’m very proud of who I am now and where I’m at, and I wanted it to be for young queer kids to hear and think that those experiences they’ve been through, they can laugh and put their fingers up at those people. Jokes on them because we’re all great and they’re the ones with the issue. They’re the ones who need to sort it out.”

Although Bimini never thought making music was possible for her, she realised a career in the industry was viable following the monumental success of UK Hun? which she memorably performed alongside A’Whora, Lawrence Chaney and Tayce on the second season of RuPaul’s Drag Race UK.

“After UK Hun?, the smash hit, people reached out to me,” explains Bimini.

“The producers that I worked with, Redshank and Billie Blonde, said they loved my raspy and Prodigy sound. It happened very organically and I’ve been working on much more music since. I’m having loads of fun doing it.”

God Save This Queen is now available on iTunes and streaming services. You can listen to the pop-punk, non-binary banger here on Apple Music or below.