Pop emergency! Beyoncé and Adele have recorded a song together 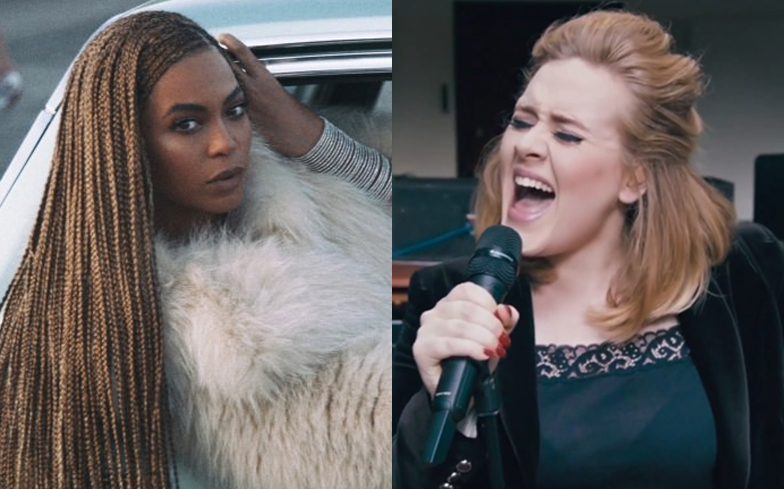 Are Beyoncé and Adele about to slay the charts?

On Saturday at the Global Citizen Festival, OneRepublic frontman Ryan Tedder appeared to confirm that Beyoncé and Adele have recorded a song together for his band’s forthcoming album Human.

“We have one song featuring Beyoncé and Adele with a Chris Martin piano solo on the bridge,” he told Z100 New York, before adding: “I don’t wanna talk about…” as the video footage of the interview trailed off.

Some fans have speculated that Ryan’s comment was just a joke, but we’re choosing to ignore them, because we need this to happen.

In fact, the prospect of a collaboration between Adele, Beyoncé, Ryan and Chris is actually quite a believable one, as all four artists have links to one another in the past.

Adele and Beyoncé have expressed their love for one another on multiple occasions, with Adele famously offering to split her Album Of The Year Grammy with Queen B. In terms of star power, they’re certainly well-matched.

Meanwhile, Ryan previously co-penned Adele’s tracks Rumour Has It and Remedy, as well as Beyoncé’s smash hit Halo, so we could see him working his magic once again.

And who could forget Beyoncé’s dreamy vocals on Coldplay’s Hymn For The Weekend?

We’ll be waiting patiently for this sure-to-be-hit to arrive.