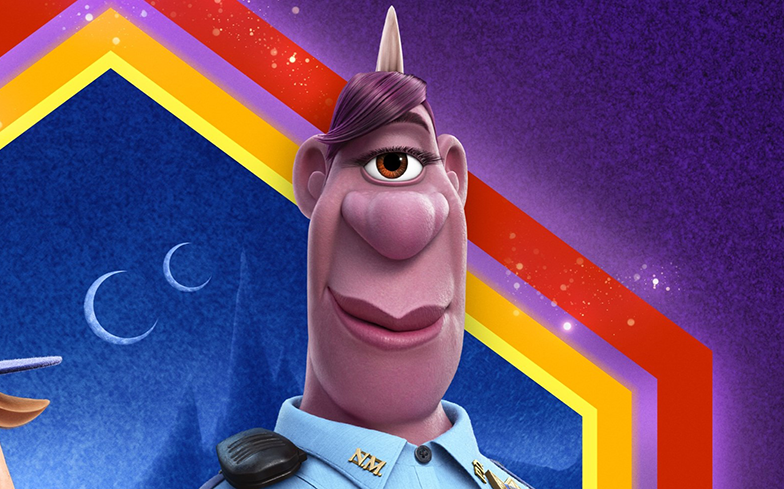 Onward has been banned in several Middle Eastern countries.

The critically-acclaimed film follows two elf brothers who set out on a quest to find a spell that will resurrect their father back from the dead, and made history as the first Pixar animation to include an openly LGBTQ character.

In the film, Lena Waithe voices a purple police officer slash cyclops called Specter, who sympathetically says to a stressed out father: “It’s not easy being a parent, my girlfriend’s daughter got me pulling my hair out – OK?”

Although it was a landmark moment for Pixar, it has been shelved in countries such as Kuwait, Oman, Qatar and Saudi Arabia, while other Middle Eastern markets such as Bahrain, Lebanon and Egypt are showing the film.

Russia, another country with a history for banning LGBTQ content (Rocketman, Avengers: Endgame, Beauty and the Beast), has allegedly changed the word “girlfriend” to “partner” and completely erased the queer narrative.

In an interview with Variety, Waithe said it was her idea to make the character gay to stay true to her own identity.

“I was just like, ‘It sounds weird’,” she admitted. “I even have a gay voice, I think. Like, I don’t think I sound right saying ‘husband’. They were like, ‘Oh yeah, do that’. They were so cool and chill. And it ended up being something special.”

Director Dan Scanlon stood by Waithe, saying the film is “a modern fantasy world and we want to represent the modern world.”

It is now available in cinemas worldwide – watch the trailer below.