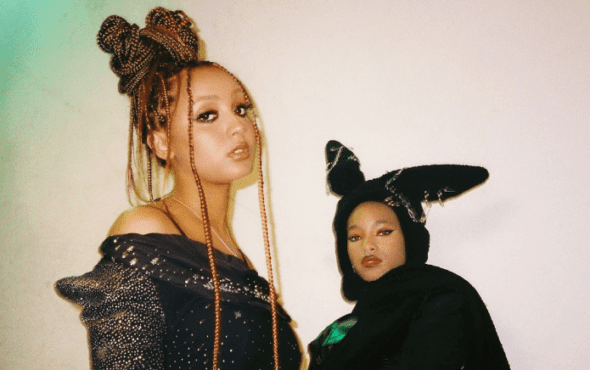 Online icons PinkPantheress and Willow Smith have released a new collaboration, Where Are You, produced by Mura Masa and Skrillex.

After announcing the song earlier this month, PinkPantheress has released her new single featuring Willow Smith.

The atmospheric track takes inspiration from PinkPantheress’ previous style and pop-punk influences, including a sample from Paramore.

Where Are You samples Paramore’s song Never Let This Go which is featured on the band’s 2005 debut album, All We Know Is Falling.

Paramore are also credited as co-writers on the track alongside PinkPantheress.

“I had a lot of fun writing this song,” PinkPantheress said in a statement. “It took loads of attempts to get it right but this is probably my proudest work to date, and I’m super happy for everyone to hear it.”

The To Hell With It artist has given Paramore and Hayley Williams a shoutout for inspiring her to follow a career in music.

“I was 15, right at the barrier and Hayley Williams just looked like she was enjoying herself so much,” PinkPantheress said. “Then I realised she’s getting paid on top of that!” she told the BBC in an interview this year, recalling her time at Reading Festival in 2014. “I was like, ‘I want to do this.’ It changed my perspective.”

PinkPantheress released her debut mixtape, To Hell With It, last year and became an internet sensation for her hit Just For Me, which was produced by Mura Masa.

Willow Smith, known by the stage name Willow, has lately stepped into the pop-punk arena and released an alternative themed album Lately I Feel Everything.

The singer-songwriter has previously teamed up with pop-punk star Travis Barker, Avril Lavigne and more.

You can watch the music video for Where Are You here or below.