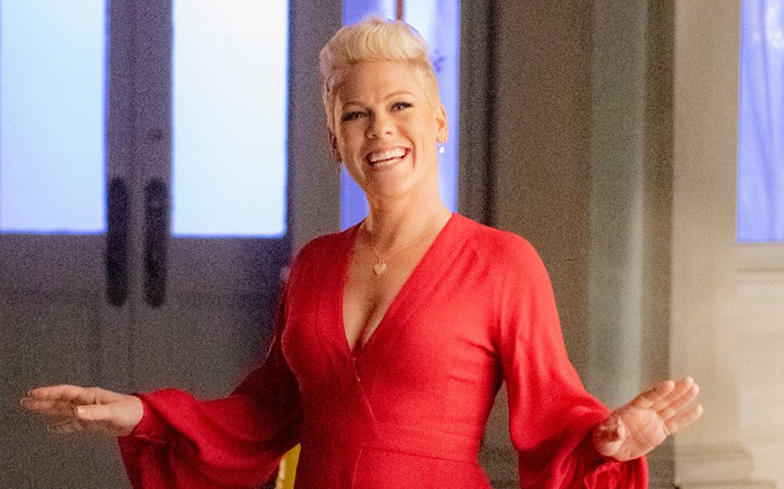 Pink has unveiled another massive pop anthem ahead of the release of her eighth studio album.

Co-written by Imagine Dragons frontman Dan Reynolds, Hustle sees the American singer-songwriter giving a defiant ‘fuck you’ to a male suitor who took her love and “mistook it for weakness”.

It is the follow-up to Hurts 2B Human’s lead single, Walk Me Home, which just received a spectacular video from The Greatest Showman director Michael Gracey and Stuart Bowen. The song became Pink’s 20th top ten single in the UK.

Alongside the release of Hustle, Pink included a pre-order link to the album, which will be available on iTunes and streaming services on 26 April. So yeah, we’ll have a new Pink album in less than a month!

Listen to Hustle below.

Since her debut in 2000, Pink has won three Grammy Awards, a Daytime Emmy Award, sold 57 million albums and has 15 top ten singles in the US (including four number ones). She also received the prestigious Michael Jackson Vanguard Award at the VMAs and Outstanding Contribution to Music at the BRIT Awards.

Watch the video for Walk Me Home below.