Pink to be awarded Outstanding Contribution to Music at BRIT Awards 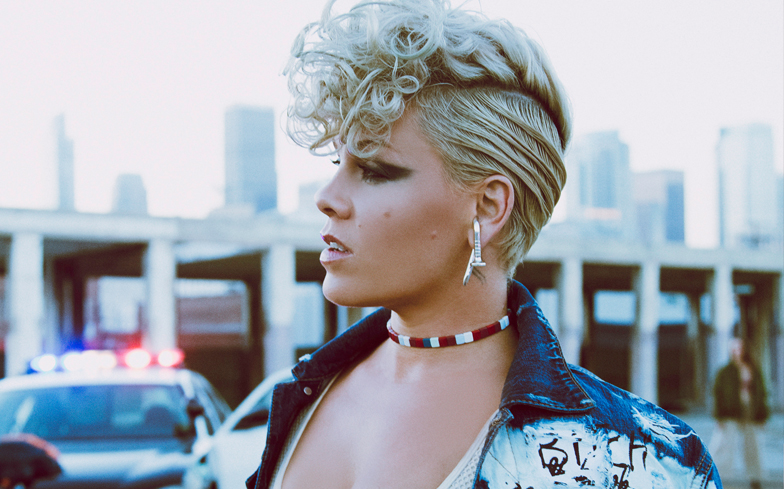 She will be the first international artist to receive the award.

Pink is set to receive the Outstanding Contribution to Music Award at the 2019 BRITs.

The award hasn’t been presented to a performer since the 2012 ceremony, when Blur received the honour. Past winners include Elton John, Spice Girls, David Bowie, Pet Shop Boys, Paul McCartney and Oasis. Pink will be the first international artist to receive the award.

“I am so honoured to be recognised with the Outstanding Contribution To Music Award at the 2019 BRITs!” Pink said in a statement. “Since the beginning of my career the British fans have been some of the most fierce and loyal in the world.

“I am humbled to receive this honour and be in the company of an illustrious group of British icons!”

Pink is also set to perform and close the ceremony. Let’s hope she pulls out a performance as iconic as her appearances at the Grammy’s (Glitter in the Air), American Music Awards (Try) and the Oscars (Somewhere Over the Rainbow).

Related: Pink stopped her concert to comfort a fan whose mother passed away.

BRITs Chairman Jason Iley said: “Pink is a trailblazer, a phenomenally talented singer and songwriter, and truly one of the greatest artists of our time. It is a real pleasure to honour her at this year’s BRIT Awards with the Outstanding Contribution To Music Award.

“With her remarkable career spanning nearly 20 years, Pink is one of the most successful artists in the world, consistently releasing multi-million-selling albums and selling out tours all over the globe. I am really excited to welcome her back to The BRITs and to recognise her prodigious success.”

Walk Me Home will be the first song released from the album, titled Hurts To Be Human, and will be released within the next two weeks. The album is due for release in April.

When prompted by Ellen, Pink sang a few lines from the track acapella, which are as follows: “Walk me home in the dead of night, I can’t be alone with all that’s on my mind.

“Say you’ll stay with me tonight, because there is so much wrong going on outside.” Listen above.

She also revealed that the video for Walk Me Home will be helmed by Michael Gracey, director of The Greatest Showman.

The album will be Pink’s first since her 2017 release Beautiful Trauma, which topped the charts in countries such as the UK, US, Australia, Austria, Canada, France, Ireland, New Zealand, Scotland.

It spawned singles Whatever You Want, Secrets, Beautiful Trauma and What About Us, the latter of which became her ninth chart-topper in Australia.

Later this year, Pink will bring her Beautiful Trauma Tour to Europe. It is set to kick off at Cardiff’s Principality Stadium on 20 June, followed by shows at Hampden Park in Glasgow, Anfield Stadium in Liverpool and Wembley Stadium in London.

Special guest stars will include Vance Joy, KidCutUp and Bang Bang Romeo. Other than her critically-acclaimed headline appearance at V Festival in 2017, these will be Pink’s first live shows in the UK since her The Truth About Love Tour in 2013.