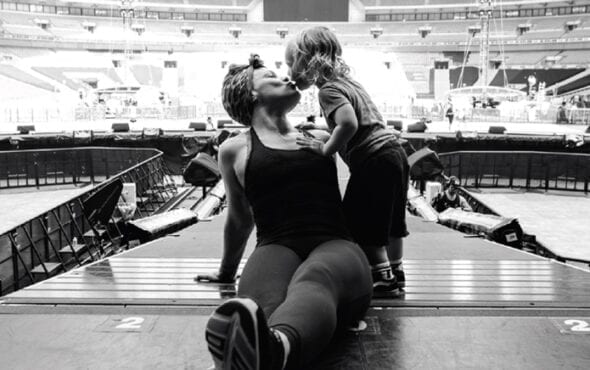 Raise your glass, because Pink is releasing a brand new album to coincide with her upcoming documentary, All I Know So Far.

Sharing the same title as the doc, the album includes live versions of fan-favourite singles such as Just Like a Pill, Who Knew, Just Give Me a Reason, Walk Me Home, So What, What About Us and Fuckin’ Perfect.

I Am Here, the shoulda-been-single from 2017’s Beautiful Trauma, is there too, as well as her mash-up of Funhouse with No Doubt’s ska-punk classic Just a Girl. The album will also include various covers Pink has performed on tour, from Bishop Briggs’ River to Queen’s Bohemian Rhapsody and Cyndi Lauper’s Time After Time.

New material consists of the title track and Cover Me In Sunshine, Pink’s collaboration with her daughter Willow Sage Hart, which went viral on TikTok. The adorable pop anthem has been a sleeper hit since its February release, hitting the top ten in countries such as Australia, Austria, Czech Republic, Germany, Netherlands and Switzerland.

All I Know So Far is due for release 7 May. The highly-anticipated documentary of the same name launches globally on 21 May on Prime Video.

Directed and produced by The Greatest Showman’s Michael Gracey, the film will chronicle the pop icon as she embarks on her Beautiful Trauma World Tour, which became the second highest-grossing tour of all time by a female artist.

According to a synopsis, it also “welcomes audiences to join her chosen family while trying to balance being a mom, a wife, a boss and a performer,” mixing footage from “the road, behind-the-scenes interviews and personal material.”

As well as the album and documentary, Pink recently collaborated with British singer-songwriter Rag’n’Bone Man for the heart-wrenching piano ballad Anywhere Away From Here. Pink is keeping us fed, huh?

The stars will perform the track for the first time at this year’s BRIT Awards, with backing vocals provided by the Lewisham and Greenwich NHS Trust Choir.

Watch the Anywhere Away From Here music video here or below.