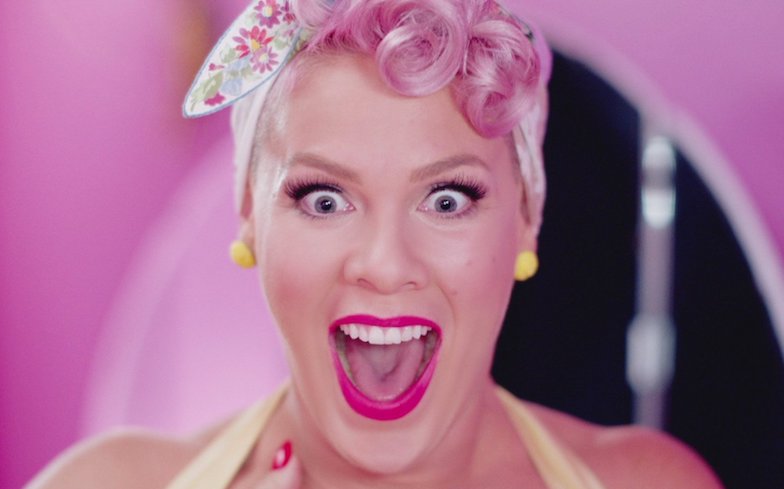 Pink is returning to the music industry with a brand new single and album.

The Grammy Award winning artist revealed on The Ellen DeGeneres Show that she will release Walk Me Home in two weeks, which will be followed by her highly-anticipated eighth studio album in April, Hurts To Be Human.

When prompted by Ellen, Pink sang a few lines from the track acapella, which are as follows: “Walk me home in the dead of night, I can’t be alone with all that’s on my mind, say you’ll stay with me tonight, because there is so much wrong going on outside.” Watch here.

She also revealed that the video for Walk Me Home will be helmed by Michael Gracey, director of The Greatest Showman.

The album will be Pink’s first since her 2017 release Beautiful Trauma, which topped the charts in countries such as the UK, US, Australia, Austria, Canada, France, Ireland, New Zealand, Scotland.

Related: Pink stopped her concert to comfort a fan whose mother passed away.

It spawned singles Whatever You Want, Secrets, Beautiful Trauma and What About Us, the latter of which became her ninth chart-topper in Australia.

Later this year, Pink will finally bring her Beautiful Trauma Tour to Europe. It is set to kick off at Cardiff’s Principality Stadium on 20 June, followed by shows at Hampden Park in Glasgow, Anfield Stadium in Liverpool and Wembley Stadium in London.

Special guest stars will include Vance Joy, KidCutUp and Bang Bang Romeo. Other than her critically-acclaimed headline appearance at V Festival in 2017, these will be Pink’s first live shows in the UK since her The Truth About Love Tour in 2013.

Related: Listen to Pink’s version of A Million Dreams from The Greatest Showman.