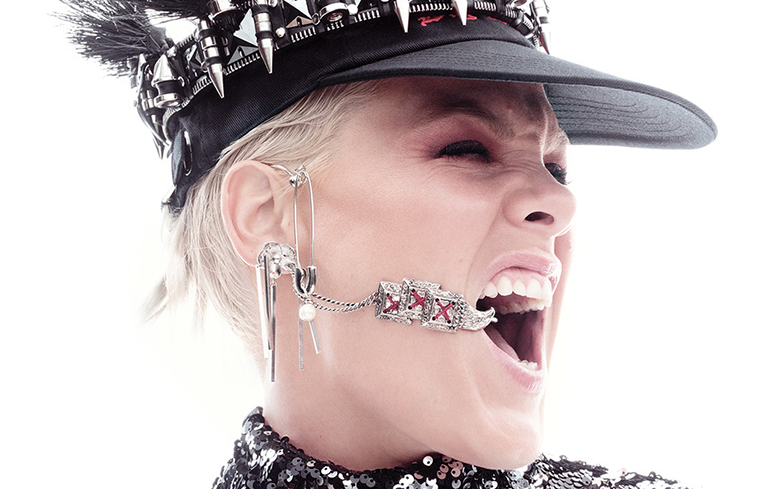 “It’s kind of the year of the family.”

It Hurts 2B Human doesn’t it? Pink has sadly announced that she will be taking a break from the spotlight.

The American singer-songwriter made an appearance at this year’s Country Music Awards, where she performed the country ballad Love Me Anyway – taken from eighth studio album Hurts 2B Human – alongside Chris Stapleton.

Their performance received acclaim and the song skyrocketed to the top spot on iTunes in the United States. Before the ceremony, Pink stopped for a chat with Entertainment Tonight, where she was asked by a reporter about her plans in 2020.

“We did two and a half years of [music], and Willow’s back in school now. Jameson’s going to start pre-school soon,” she responded, before revealing: “It’s kind of the year of the family. It’s time to do something else for a minute.

“And Carey has a lot going on as well. He’s super supportive, he follows me around the world and now it’s his turn.”

Pink has just concluded her Beautiful Trauma Tour, which ran for 159 shows from March 2018 until November 2019. It became the second highest-grossing tour by a female artist and the 10th highest grossing tour of all time.

It earned nearly $400 million and sold over three million tickets.

Hurts 2B Human also became her third consecutive number one album on the Billboard 200, and her longest-running chart-topper on the UK Albums Chart. Its lead single, Walk Me Home, became Pink’s 20th top ten in Britain.

Since her debut in 2000, Pink has won three Grammy Awards, a Daytime Emmy Award and sold 57 million albums. She also received the Michael Jackson Vanguard Award at the VMAs and Outstanding Contribution to Music at the BRIT Awards.

We recently ranked every single Pink album from worst to best. Does her R&B debut Can’t Take Me Home take the top spot? Perhaps her pop/rock follow-up, M!ssundaztood? Or her latest release, Hurts 2B Human?

Click here to find out which one comes out on top!