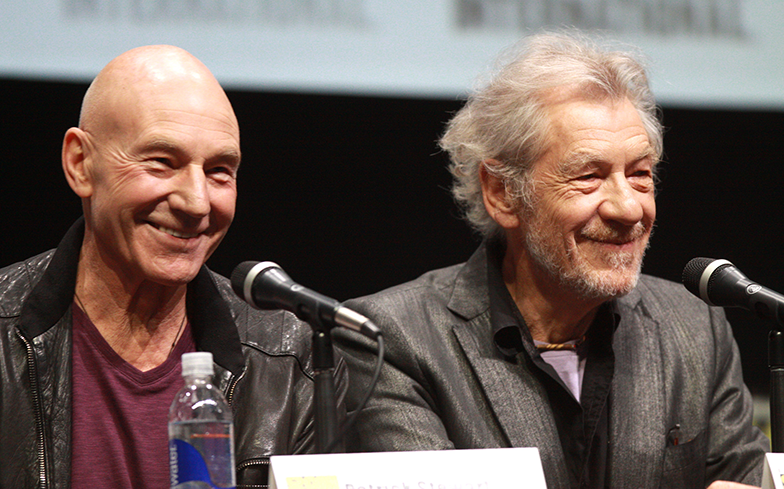 Patrick Stewart has reminisced on how he became best friends with Ian McKellen.

Although the two actors met during the production of Tom Stoppard’s Every Good Boy Deserves Favour in 1992, they didn’t become close until they became best frenemies as Charles Xavier and Magneto in superhero film, X-Men, in 2000.

Answering questions from fans for Wired, Stewart revealed that he bonded with McKellen because of their “adjoining trailers” on set, saying: “You spend more time sitting in your trailer than you do in front of the camera.

“So, Ian and I hung out together, drinking tea, and maybe in the afternoon, something a little stronger – and we got to know one another. The charm of it was that we found that we had so much in common.”

Stewart added: “And by the way, he married us, my wife and me. He performed the ceremony.”

Also in a Q&A for Playboy, Stewart explained that “gay men have played a part in my life as colleagues and friends, but none so significantly as Ian. I love him and I’m in love with him. So is my wife, and it’s mutual.

“I listen to him, I watch what he does—and I don’t mean just acting.”

The star continued to say that he admires the way McKellen lives his life, describing it as “selfless and compassionate” and said the two “have a hell of a lot of fun”. Anyone else feel a sudden burst of happiness and positivity?

Stewart currently stars as his iconic fan-favourite character Jean-Luc Picard in Star Trek spin-off series, Picard, set 20 years after the events of Star Trek: Nemesis (2002). It has received universal acclaim and has been renewed for a second season.

Watch Patrick Stewart discuss his love for Ian McKellen for Wired below.