Paloma Faith: People tell me to be careful not to “end up” with an LGBTQ child 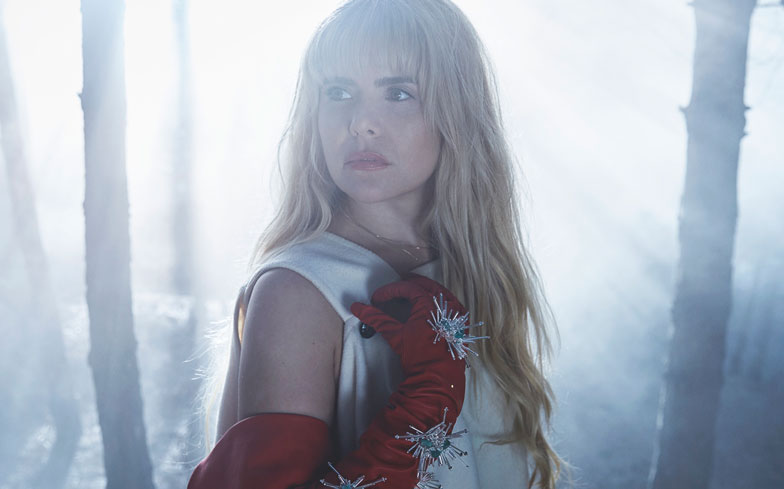 Paloma Faith recently told a newspaper that she’s raising her child, who turns one next month, as gender-neutral. Today, the Hackney-born singer tells me her parenting approach prompted an “insane” reaction, and she still sounds pretty taken aback.

“People in a lot of the right wing press assumed I was raising my child transgender on purpose,” Faith explains. “And I said – and I’ll say it again to you now: if my child was transgender, I would love it just as much as if it grew up straight, heterosexual and working in IT. It’s about acceptance.

“Every parent has a duty to their child to allow them to be who they’re going to be. But I think there’s this weird misconception in society as a whole that you can even control those things – that the person isn’t born with a sexual orientation or gender identity already. It’s just insane to me that I say things that seem very obvious, and the masses – or the media representing them – still might not realise what I mean.” Faith’s comments were a lightning rod because the mainstream media is still confused about gender identity issues, often conflating people who identify as non-binary, gender nonconforming or genderqueer with trans people. What Faith said also inflamed some people’s latent homophobia and transphobia.

“People are like, ‘Be careful doing that.’ And I’m like: ‘Be careful of what?’ You know what the subtext is when they’re saying that,” she says shrewdly. “They’re basically saying: ‘Be careful you don’t end up with a homosexual or a transgender child.’ And it’s not like you can actually create that anyway.”

Of course, Faith’s approach to raising her child is actually grounded in simple common sense. It’s shocking that in 2017 Clarks can still get away with calling its boys’ school shoes ‘Leader’ when the girls’ equivalent is called ‘Dolly Babe’.

“I just feel like gender stereotypes are restrictive and reinforce restraints in the long term,” Faith explains. “I want every single thing to be available to my child – every colour, every potentially mind-expanding toy. I genuinely believe that all children should play with dolls because they educate you about care and kindness. And I genuinely believe all children should play with constructive toys like building blocks because it’s important for your logical mind.” Faith says her own favourite toys growing up were a “cuddly lion and a He-Man that had water in his chest with glitter in it.” She allows herself a knowing laugh. “I feel now that this was a sign of what was to come in terms of me spending all those years on the drag circuit!”

It was on the scene that Faith honed her theatrical style – remember her glorious performance in the pouring rain at the Brit Awards? – and her visual flair. Faith’s artwork has always been beautiful and fantastical: 2014’s A Perfect Contradiction album cover offered us six different versions of the singer, including an equestrian Paloma and a Phantom of the Opera Paloma. Her glossy pop-soul music hasn’t always been quite so inventive, but for new album The Architect, she says she’s moderated her songwriting technique.

“I’m four albums in now and I feel like I’ve talked about myself to death!” Faith explains. “I’ve talked about my private life, my heartbreaks, my ups and downs, all these autobiographical things. But now I’m a parent and I feel like I’m looking at the world around me and thinking: ‘What am I bringing this person into?'” She says that the album isn’t political per se, but more about promoting empathy.

“I wanted to give a voice to people who are otherwise unheard. In order to be empathetic you have to put yourself in the shoes of other people – the marginalised corners of society, basically. I’ve dealt with lots of subjects on the album like homelessness, war, Brexit, and issues relevant to the LGBTQ community – there’s a song called Love Me As I Am that’s about acceptance.”

In all honesty, because of the album’s slick production and a lack of specificity in the lyrics, it’s not always immediately obvious what Faith is singing about. I probably wouldn’t have realised that Guilty, a brilliant Bond-style ballad she performed on The X Factor, was written from the perspective of someone who voted for Brexit had Faith not told me. But the album’s strong social conscience definitely comes through in its spoken word interludes, which include a missive from Owen Jones called Politics of Hope.

“I just really like him,” Faith says of the columnist, political commentator and outspoken Corbyn supporter. “I feel like I agree with about 98% of what he writes. And I really like him as a person. And I feel like his ideology, the root of where he’s coming from, is definitely from the same place as me. Though personally I would never pledge such an open allegiance to any one party.”

Related: Louisa Johnson: I want to include an LGBT+ love song on my album

A couple of years ago, Faith actually asked Jones to open for her on tour – a decision which upset some of her fans.

“I had a lot of complaints about it. But I really couldn’t care less to be honest because I think the bigger picture is more important than a couple of people getting annoyed. People are like, ‘I didn’t expect to go to a lecture, and you shouldn’t mix politics and music.’ And I’m like, ‘Oh my God, politics and music have been mates since the dawn of time. It’s only in the last 10 years that we’ve slowly become more narcissistic and isolated and think it’s OK for artists just to sing about themselves!” Today, Faith seems more comfortable with her fame than when she broke through seven or eight years ago. She’s a pleasure to chat to today: warm, well-informed and funny.

Back in December 2010, she tweeted – somewhat notoriously: “Please note: if I am on xmas holidays please do not ask me for a photo with you. my holidays end jan 5th.” But now she says she rarely feels harassed when she goes about her daily business.

“In the beginning, when you’re plunged into the public eye, people presume you want this kind of attention that almost divides you from other people,” she says. “But now, more than ever, either I’m left alone or people might stop and have a chat with me. I definitely feel more of an affinity with people who want to stop me in the street and have a conversation, than with people who just want to take a picture with me. Does that make sense?

“I just love talking to people, and I love that everybody has a story to tell.”

Paloma’s new album The Architect is out now.