Pabllo Vittar is a wonderful anomaly.

Her home country, Brazil, has the highest recorded murder rate of LGBTQ people in the world, and recently elected an openly homophobic president who once said he’d rather his son die in a car accident than come home with a boyfriend. Yet here we have a proud gay drag queen representing Brazil’s vibrant queer community on a global scale, boasting the largest Instagram following of any drag queen in the world (8.3 million) and doing stratospheric numbers on YouTube (her most successful single K.O. is currently sitting pretty at 333 million views).

She became the first drag queen to be nominated for a Grammy with her Major Lazer collaboration Sua Cara, and her single Todo Dia, which features the glorious lyrics, “I don’t wait for Carnival to be a bitch, I am one every day”, became the unofficial anthem of Brazil’s 2017 Carnival celebrations. The importance of this commercial success for an undoubtedly queer individual isn’t lost on Pabllo. “I know that I’m a piece of the whole LGBTQ community, and I know the responsibilities that come with that,” she says. “That’s why I’m here. It’s amazing to bring the art of drag and music together to the mainstream market in Brazil. People must know that we are talented and deserve our spotlight.”

As an openly gay man who gives a middle finger to gender expectations, regularly switching between male and female-presenting on social media (though she prefers female pronouns when in drag), Pabllo has earned her status as a voice for Brazil’s LGBTQ community. She’s the perfect antidote to the current political climate, and a beacon of hope to those who feel oppressed for who they are. “I get all kind of messages [from fans],” she says, “but the ones that make me feel most happy are when they feel stronger because of my music, they feel happy, and they have a better relationship with their family – messages of acceptance and love! It’s beautiful and makes my hard work pay off. It’s not only about drag and music, it’s also about making a difference in the world.”

Many of Pabllo’s hits, sung in her instantly-recognisable nasal tone, have become anthems for those who feel different thanks to their celebratory nature and inclusive messages. “I keep on saying everything’s gonna be okay, and my tears will dry out, everything’s gonna be okay, and these scars will heal up,” she sings on Indestrutível, an emotional ballad about overcoming the pain she’s experienced in life. The music video which accompanies the song is prefaced by the worrying statistic that 73% of LGBTQ young people in Brazil are victims of bullying and violence at school, something Pabllo herself experienced while growing up; it’s why her goal is to share a message of mutual respect through her music. “Be yourself, respect and love yourself and other people,” she says. It’s her mantra for life. “I want people to know that you can be whoever you want to be and no one can tell you otherwise. Everyone should know that they are beautiful and amazing the way they are. All the time.”

It might be a simple message, but it’s one that appears to have been lost on many across her home country. In the past few years alone, anti-LGBTQ hate crimes have reportedly reached an all-time high; homosexuality was declared a disease and gay conversion ‘therapy’ was legalised (although this decision was later overturned); and the aforementioned Bolsonaro – who removed LGBTQ rights concerns from the responsibilities of the human rights ministry on his first day in office – has taken charge, which Pabllo describes as a “really awful and weird” change in atmosphere. She made her stance clear when, during an electric performance at the 2018 Multishow Brazilian Music Awards, she shouted “Ele Não” (“Not Him”), a viral slogan and hashtag used by those opposed to the new president and his discriminatory views. Of course, it’s not just Brazil that’s engulfed by more right-wing politics, as the singer rightly points out. “It seems like a ‘conservative cloud’ is spreading all over the world and making people more racist and homophobic,” she says. “I feel the homophobia everyday here in Brazil, it’s everywhere and we need to be cautious all the time.”

Despite having rightful cause for concern, queer people in Brazil are rising up to fight against the intolerance and violence facing them. “We are resistant, we are fierce, we are strong and we are fighting together for our rights,” Pabllo says when we ask what the LGBTQ community in Brazil is like right now. Most importantly, she believes things will get better. “We are creating awareness around this, so I think we are moving forward on that matter. It’s a long path, but if we all do our part as individuals we will be able to accomplish something greater in the end.” Just as historic moments for equality like the Stonewall riots and the fight for same-sex marriage required members of the LGBTQ community to set aside their differences and come together as one, Pabllo has noticed her queer brothers and sisters unite against Bolsonaro’s reign. “We’re doing it together, which is the most important thing,” she continues. “We’ve gotta stick together and fight together, that way we are stronger. A friend of mine once told me, ‘We’ve gotta fight together with a smile on our faces and joy in our hearts’. We’ve been living under prejudice our whole lives, and we’re not gonna do it any differently this time. I think we need to fight but educate people at the same time, showing that we are just regular people trying to make a living and be happy, the same as everyone else.” At the age of 24, with a string of beloved hits and international tours to her name, Pabllo is on top of the world. But her beginnings are humble. Born Phabullo da Silva in São Luís and raised by her mother – who fully supports her career choice – Pabllo discovered a love for singing when she was in her early teens, where she would perform her favourite songs for family and friends, a passion she later started filming to share online. She began painting her face at 16, and found the courage to go out in drag by her 18th birthday using the pseudonym Pabllo Knowles, an homage to – yep, you guessed it – the incomparable Queen Bey. “My biggest inspiration is Beyonce, she’s perfect,” Pabllo gushes. “I saw her last show with Jay-Z and I was gagging. I’ve followed her entire career. She is the biggest and most amazing diva of our generation.” She first gained widespread attention when she effortlessly covered Whitney Houston’s I Have Nothing on TV, having adopted the name Pabllo Vittar by this point, and later released an EP of covers with her own original lyrics. The lead single, Open Bar, received over a million views in less than a month, and garnered attention from the music industry. Little more than a year later, Pabllo arrived in full force with the release of her debut studio album Vai Passar Mal, successfully bridging the gap between drag, which has historically been an underground artform, and mainstream music. “Sometimes I feel they are the same thing,” she says. “Drag makes me confident, music makes me stronger, and together they make me feel invincible.”

Being a drag queen has certainly helped set her apart from the crowd, and opened up important conversations about gender and identity in the process, but it wasn’t always a benefit for Pabllo. “I don’t know how many times the answer was ‘no’, we could see the discrimination in their eyes,” she says of her journey to success in the music industry. “In Brazil, the art of drag was always something to be kept in the shadows of small clubs and not in mainstream media, so every ‘yes’ we got was a victory. And it’s not just me, there were a lot of LGBTQ artists who broke that barrier, and now we are everywhere.” She’s right; despite the threat of discrimination, Brazil’s queer music scene is thriving. There’s Rico Dalasam, a gay black rapper who worked with Pabllo on single Toda Dia; Gloria Groove, a fellow drag artist who sings as a female and raps as a male, straddling genres from R&B to soul and Brazilian funk with ease; and Quebrada Queer, the first openly queer rap group in Latin America, all of whom receive views into the millions on YouTube. “We’re no longer going to hide in the shadows,” Pabllo asserts.

Alongside an EP and two much-loved studio albums, Pabllo’s proven her crossover potential by collaborating with some of the hottest names in music. She landed a feature alongside the internet’s filthiest wordsmith CupcakKe and pansexual rapper Brooke Candy on Charli XCX’s track I Got It, and performed with former Black Eyed Peas frontwoman Fergie at the 2017 Rock in Rio Festival. The latter earned her praise from Brazilian actor Fabio Assunção, who wrote in a Facebook post: “You represent the possibility of truth in a sea of hypocrisy. Your public figure is the voice of many suffocated people.” Pabllo’s biggest collaboration came with summer smash Sua Cara, a team-up with Brazil’s celebrated pop diva Anitta for Major Lazer’s EP Know No Better, the music video to which is well on its way to achieving half a billion views on YouTube. Here, Pabllo isn’t a drag queen trying to fit in, she’s a fully-fledged artist who can hold her own with Brazil’s best, and is just as desirable to the male gaze as the female dancers who surround her. “He is gorgeous and a true prince,” she says of hitmaker Diplo, who accounts for a third of production team Major Lazer. The two, a gay drag queen and a straight guy, became unlikely friends after Pabllo covered the trio’s track Lean On, and continue to work together regularly. They shared a kiss in the Então Vai music video, which Pabllo says was “like eating Jambo”, and recently hung out at Coachella. “It was super fun and wonderful working with him. He’s been super supportive since the beginning of my career,” she says

As one of the world’s biggest drag artists, you’d think a little show called RuPaul’s Drag Race would be snapping up the opportunity to get Pabllo on board; there’s been plenty of rumours that she’ll appear as a guest judge, after all. We ask if she’s ever been contacted by producers, but surprisingly she hasn’t. “Please Ru, contact me!” she laughs. “I’m a super fan. Drag Race was the reason I started doing drag. So I owe it to Ru. I’ll say it again: Call me Ru!” If not on the panel, would she ever take part as a contestant on the show? “I don’t think so,” she says. “Let me tell you why: I can do my makeup, I can do my hair and I can sing, but girl, I cannot sew! I cannot do a lot of things that the fierce queens on that show do. I really want to be a part of the show, but as a competitor I would be a complete disaster.” While we keep our fingers crossed for a meeting between two of our favourite drag legends, we’ll keep ourselves content knowing that a brand new EP from Pabllo is in the works, which will see the singer-songwriter record in English for the first time. “I’m working on an EP with Portuguese, English and Spanish lyrics, some features and a bunch of new stuff for my fans,” she teases. “I can’t wait to finally release these new songs for you guys.”

Between a batch of new music and an upcoming performance at New York City Pride, which she promises will deliver “a lot of choreography, Brazilian jams and of course a lot of love”, 2019 may very well be the year Pabllo dominates the world. 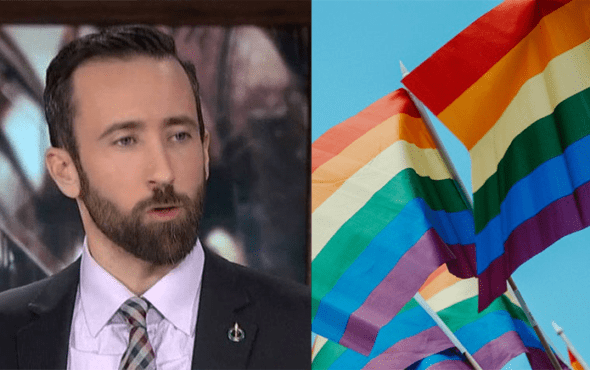 Canadian MP has been ousted following racist and anti-LGBTQ+ remarks 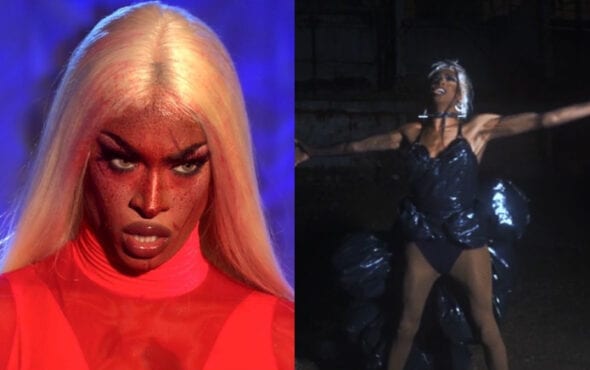