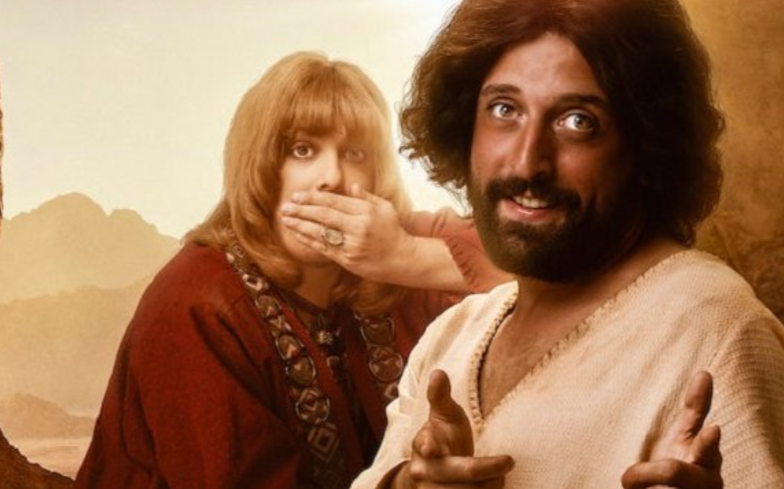 The film has mainly drawn anger from religious South Americans.

Over one million people have signed a petition displaying their disgust at a new festive Netflix film which casts Jesus as a gay man. A Primeira Tentação de Cristo, or The First Temptation of Christ sees the son of God return home to Mary and Joseph, bringing with him a male lover, Orlando.

The film was produced by Porta dos Fundos, a Portuguese troupe, which is known for producing irreverent comedies, with some of their content being compared to Monty Python sketches.

Given the film’s religious setting, this sparks a backlash with characters like the Three Wise Men, God, and other Biblical figures. However, the film also attracted a lot of criticism from religious communities, many of whom have signed a change.org petition calling for the film to be banned, saying the film is “seriously offending Christians.”

The film also attracted some more interesting responses, including from Joel Theodoro, a pastor for the Bairro Imperial Presbyterian Church in Rio de Janeiro, wrote how the film was his own “humiliation to the Lord.”

He compared the film to a modern-day torture of Christ comparing it to “slapping him, spitting on him, beating his head to bury his crown thorns, mocking him, forcing him to walk naked in the streets.”

One person added that the film was “a criminal offense under Brazilian criminal law [as] the practice of discrimination and prejudice based on race, ethnicity, color, RELIGION or national origin is an offence.”

Last year, it it was revealed that 40% of anti-LGBTQ hate crimes in the world took place in Brazil. Grupo Gay da Bahia say that 141 LGBTQ people have already been killed in Brazil this year alone.

Anthropologist and president of Grupo Gay de Bahia, Luiz Mott, has claimed that the rising violence has come about following the prominence of ultraconservative politicians in the country.

Brazil has the “proud homophobe” Jair Bolsonaro as its president. In the past, Bolsonaro has said he’d rather his son die in an accident than be gay, and in an interview with Playboy, he said he “would be incapable of loving a homosexual son.” He added: “If a gay couple came to live in my building, my property will lose value. If they walk around holding hands, kissing, it will lose value!”

He removed LGBTQ concerns on his first day in office, as he felt that “gender-based ideology” was a threat to Brazil’s Christian values. And last month, he said he didn’t want the country to become a “gay tourism paradise.”

Related: 25 of the best LGBTQ films you can watch right now on Netflix