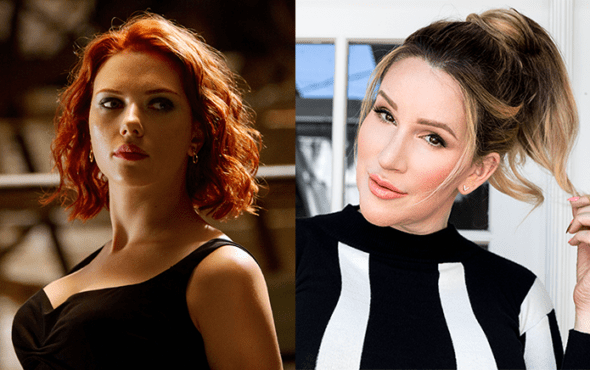 Rub & Tug, the upcoming biopic of Dante “Tex” Gill, is being redeveloped as a television series.

According to Deadline, Emmy-nominated writer, producer and trans activist Our Lady J is writing the pilot, and the studio (New Agency) are committed to casting a transgender actor to portray the infamous gangster. Gill was a transgender man who owned a massage parlour in Pittsburgh’s criminal underground sex industry in the 70s.

When Rub & Tug was announced for the big screen in 2018, it was marred in controversy due to Black Widow star Scarlett Johansson, a cisgender woman, being cast in the role. It caused an outcry from the LGBTQ+ community and mainstream media, who questioned why a cisgender actor would be playing Gill when so few transgender actors are able to get roles on the big screen.

Johansson initially defended her casting, comparing it to Jeffrey Tambor, Felicity Huffman and Jared Leto, all of whom have previously played trans characters and received widespread acclaim for their performances (Leto won an Oscar and Tambor won an Emmy).

She ultimately dropped out of the role, admitting in a 2019 interview: “I wasn’t totally aware of how the trans community felt about those three actors playing — and how they felt in general about cis actors playing — transgender people. I wasn’t aware of that conversation — I was uneducated. So I learned a lot through that process. I misjudged that.”

“Authentic trans stories are compelling and largely untold, and when told well they attract acclaim from audiences, critics and award shows, as we’ve seen with Pose and A Fantastic Woman,” he explained.

Our Lady J said: “I couldn’t be more excited about the opportunity to write a gangster drama based on such a fascinating and diverse web of queer characters. The show is about the promise of reinvention, and the peril of losing oneself in the process. Tex Gill was out and proud in an era – the late 1970s – when living authentically came with the price of social ostracization, leaving him vulnerable to a life of crime and lawlessness.

“Having grown up in Pennsylvania myself, I’m also excited to delve deep into Pittsburgh’s underbelly as it unspools the story of Tex’s remarkable life – it’s also the story of a city’s struggle for rebirth and a proud community’s efforts to make its voice heard.”

Cindy Bruno Gill, Dante’s widow, added: “I am excited to be working with Our Lady J and New Regency to honor Tex’s memory by telling his story the way he would want to be remembered.

“Tex was transgender at a time when being transgender meant facing great discrimination, yet he was fearless about being himself in a way that inspired those who knew him to be proud of who they were too. Our Lady J is the perfect person to give voice to Tex’s story, and I know he would be proud of the evolution of this project.”

Our Lady J is best known for her work as a writer and producer on groundbreaking trans-led series such as Transparent and Pose, and as a guest pianist on the sixth and seventh seasons of RuPaul’s Drag Race.