“I feel like me and Porkchop would get along. Do you know that one of my nipples is made from pig skin? We would get on great. Science is amazing.”

WORDS: SAM DAMSHENAS
SPECIAL THANKS TO JASMINE ALOMA AT THE BBC 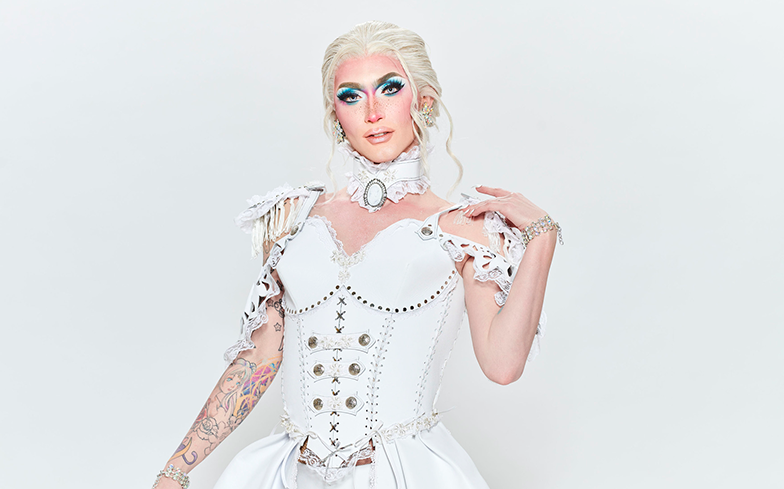 Juice Boxx may have sashayed away from Canada’s Drag Race in last place, but honey, she boasts the honour of joining an exclusive and iconic list of first-out contestants such as Porkchop, Shangela, Vanessa Vanjie Mateo and Gothy Kendoll.

In the widely-praised premiere of the Canadian spin-off, the Toronto-based performer became the first queen in history to exit the series after failing to impress the judges with her couture, Canada-inspired runway lewk.

Her elimination caused mass debate on social media due to her fierce lip-sync showdown with Lemon to Carly Rae Jepsen, with All Stars 5 alum Shea Couleé tweeting: “I’m sorry, but Juice Boxx ATE that lip sync. Justice for Juice.”

“I didn’t think I was the worst and I’m going to stand by that,” Juice tells GAY TIMES. “It’s a wild ride! Buckle up.”

Here, we chat with Juice about her time on Canada’s Drag Race, how the new twist benefits the franchise and why it’s about mothertucking time for the world to gag over the ‘creative and diverse’ drag talent pool of Canada.

Juice Boxx, I’m so upset that you’ve left. I loved your energy!
Thanks! I’m sad too.

How does it feel to have made it onto Drag Race?
Oh it’s incredible. It’s really a dream come true because it’s not something that we ever thought would come to Canada. Once it did, it was one of those moments where you go, ‘Oh shit! It’s happening!’ So, it feels really good.

You’re now in the company of some pretty legendary first-out queens like Porkchop, Shangela and Miss Vanjie.
Right? I think so. I’ve got some icons with me. 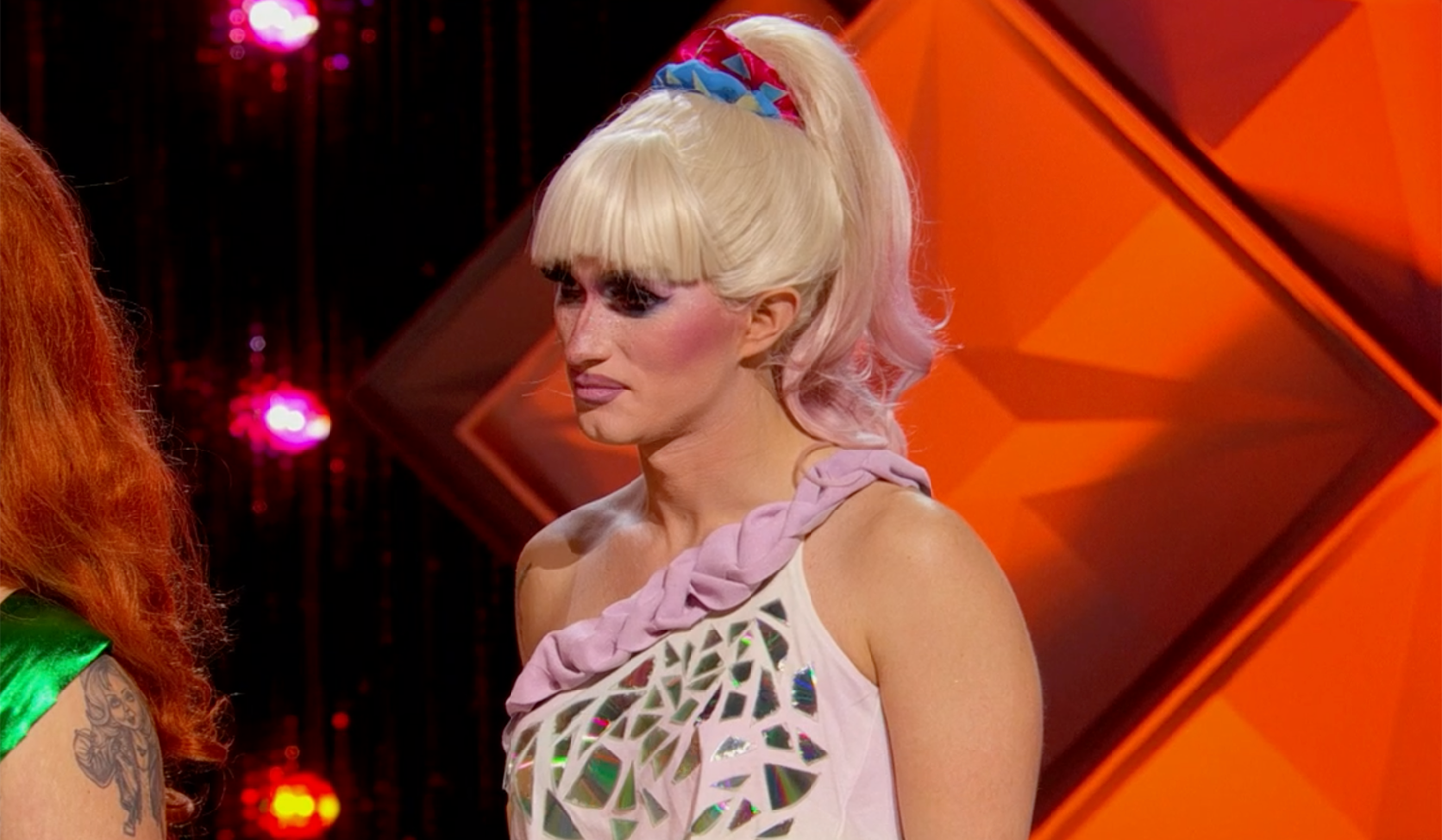 How are you feeling after your elimination?
I mean, good? I think everything happens for a reason and I feel like if you’re gonna be out, this one is a good one to go with. I feel pretty good. It was hard when it first happened, and it was a bit of a rough bit, but now that I’ve had time to sit on it, I’ve really evaluated everything and I’m happy.

You had a bit of a moment on the main stage…
A little. A little one. It happened, but that’s just me. I’m like a tiny Chihuahua where if one little thing happens, I’ll freak out.

At least Elisha Cuthbert praised your look?
Right? Do you guys know the show Popular Mechanics for Kids? The one that she was on?

I’ve never heard of it.
I watched it when I was kid, so it was so weird to have her sitting there talking to me, talking me through my panic attack! I’m just like, ‘It’s like I’m just watching Popular Mechanics for Kids but about panic attacks. Did you watch Happy Endings?

Cancelled way too soon!
Heartbreaking. It was such a funny show.

And Casey Wilson’s character, Penny, was an LGBTQ+ icon.
Right?

What could’ve viewers expected from you if you advanced further in the competition?
Probably more panic attacks and a lot more falling. A lot of doubting myself… No, I had some really good looks. They were incredible, I will say, so that’s the crime of me leaving. My runways were… amazing. So, you’ll get to see those on my Instagram.

Will you post your planned runways each week?
Ooh why not? I spent enough money, I might as well show them!

I need to see!
I’ll send them to your DM’s, just to you. I was so bummed out. I was like, ‘I look so good in all this stuff,’ and then I mucked up on making something.

I thought your outfit was actually cute?
Thank you. I didn’t think I was the worst and I’m going to stand by that.

I don’t think you were either…
Mmhmm, and that’s just us. A lot of twists and turns babe – it’s a wild ride! Buckle up.

Who did you have planned for Snatch Game?
Erm… I’m going to keep it a secret?

Are you saving it for All Stars?
Maybe… 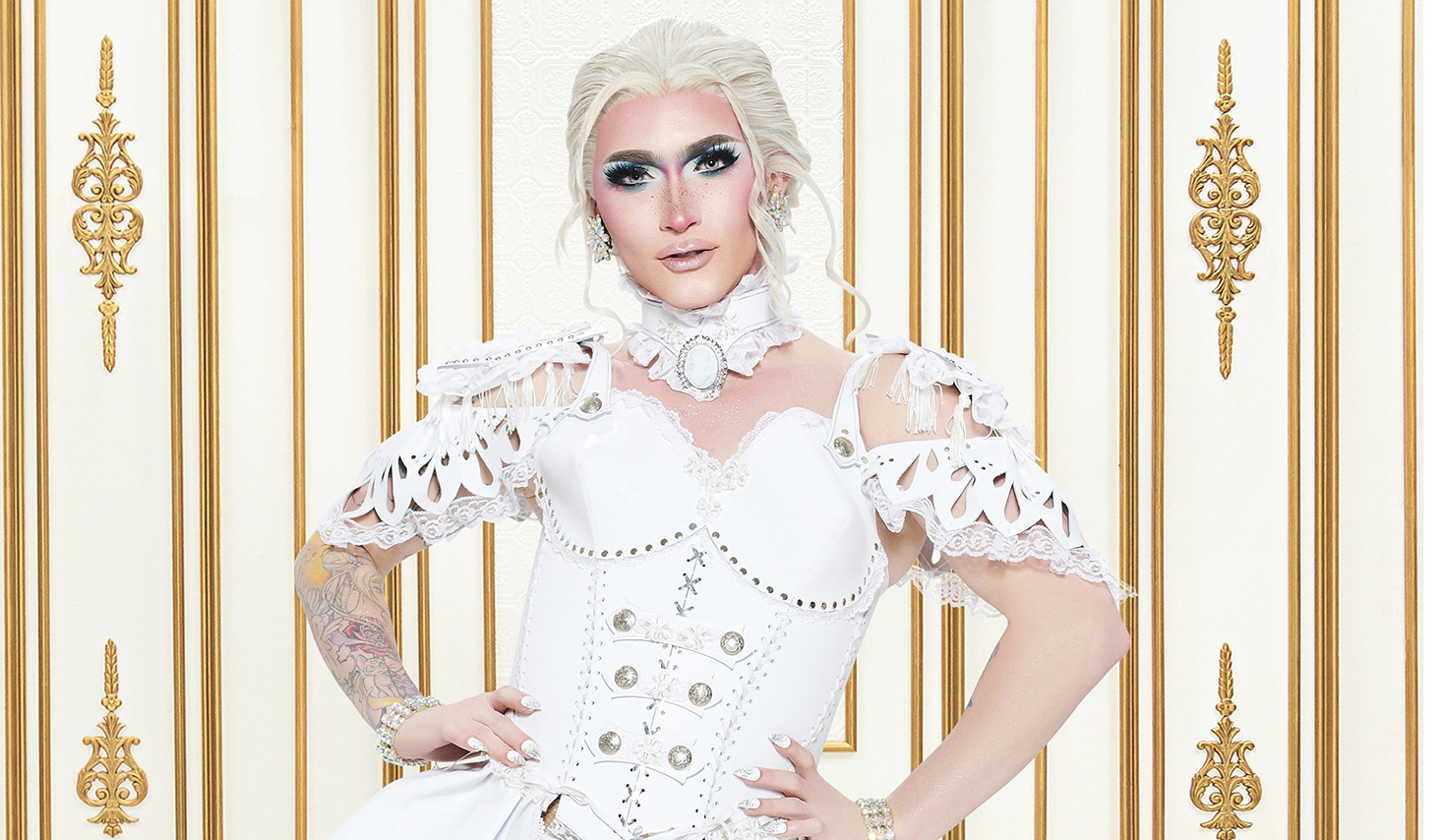 For years, fans have been campaigning for an All Stars season with first-out queens…
Oh my god.

Would you be down?
Oh I’ve never heard that before! How fun?! That is such a fun idea. I wonder how that would even play out. I think it would be iconic. I love that.

I’d love to see you sashay into the werkroom with Porkchop…
[Laughs] I feel like me and Porkchop would get along. Do you know that one of my nipples is made from pig skin? We would get on great.

Huh?
Yeah, I was burned when I was a baby so one of my nipples is made out of pig skin. It’s a fun fact that I like to say every so often to throw people off. Science is amazing.

Consider me thrown off. I love that though.
Right? I have no feeling in it. None. It looks exactly the same. If we ever meet in person, I’ll show you.

Please, I need to see this pig skin nipple…
‘Look at my nipples!’

What do you think the change of having the guest judge of the week as the host adds to the series?
It’s fun. It’s different. It’s not a format we’ve ever seen before, right? You can get an almost different point of view from someone, because you almost have a preconceived notion of what’s going to happen because we’ve been watching it for so long with the same format; which is an amazing format, if it’s not broken, don’t fix it. What’s nice about ours is that you get blindsided by things because it’s not what you’d expect. I love the judges.

What do you think Canada’s Drag Race will do for the drag scene in Canada?
I’m thinking, or hoping, that it’s gonna put a bigger spotlight on us. The Canadian drag scene is incredible. It’s huge and we’re extremely hard workers. We have so much creativity and so much diversity with the type of performers that we have, that I feel like it’s time for us to step into the spotlight so people can showcase the talent that goes across our whole country. It’s really quite incredible, not matter what city you go to. You’re gonna find some talent. 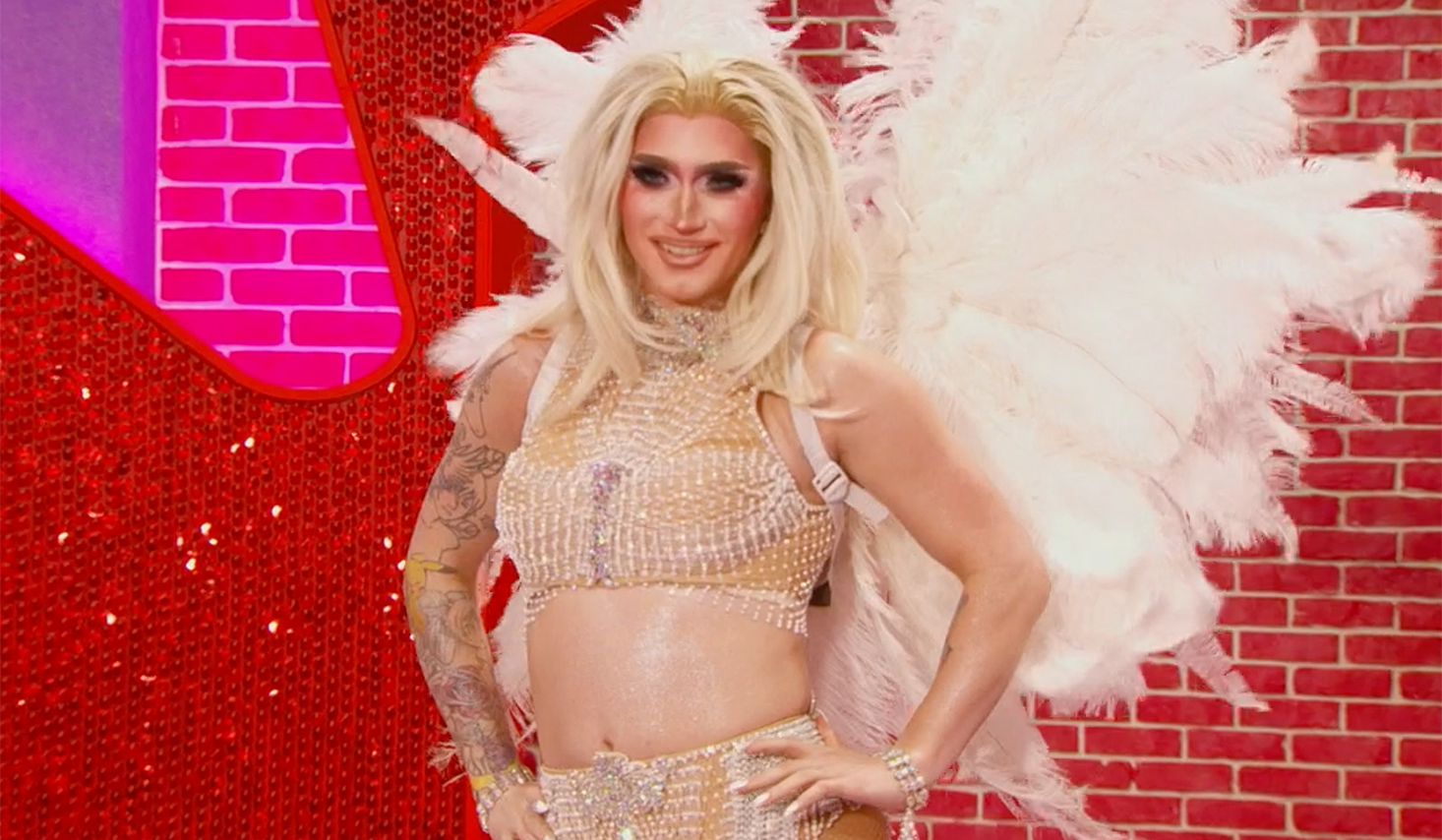 How would you describe Canadian queens to other queens around the world?
I don’t want to seem shady because everybody works hard, but we’re really hard workers. We really put the hustle in when it comes to trying to make a name for ourselves. We were just Canada for a while without a TV show, so we had to work twice as hard to be able to make a name within a community and to have people in the States know who we are, because we didn’t have access to this type of platform.

I am so here for all of these new international versions.
Oh my god, just like everyday of the week there’s a Drag Race? I would live. When people complain about it I’m just like, ‘What? What are you gonna do in the six months we don’t have Drag Race? You’re gonna complain about having no Drag Race on your TV. Just enjoy it!’

What do you think international viewers will learn about Canadian culture through Canada’s Drag Race?
Canadian-isms always have to be pointed out to me, so I have a feeling that people will notice that we apologise a lot. There’s a lot of ‘sorry!’ If I trip over someone I’m like, ‘I’m so sorry!’ They’ll notice those things a lot. We’re just constantly apologising.

I didn’t know about the ‘oot’ and ‘aboot’ until this show.
No one says ‘aboot’! I’ve never heard it in my life. It’s a wonderful and hilarious pun for the show but in my everyday speaking, I’ve never heard ‘aboot’.

Who would you like to take home the title of Canada’s Next Drag Superstar?
Me. I’m just going to show up and be like, ‘Listen girls. Top three sounds great, but I think it’s mine.’ 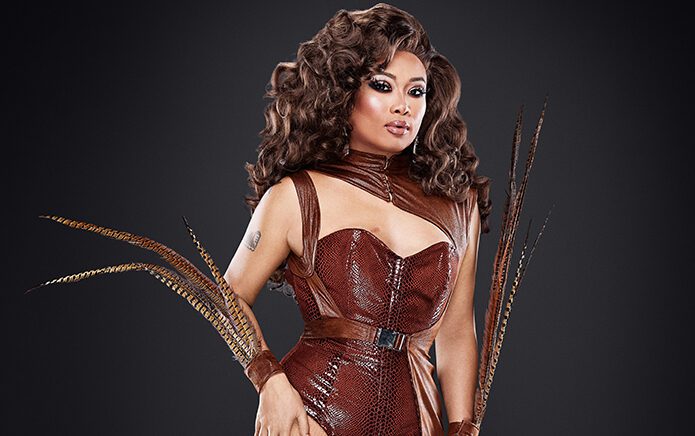 Jujubee spilled the T on how she intends to win Drag Race UK vs the World after making the finale three times and never emerging victorious.