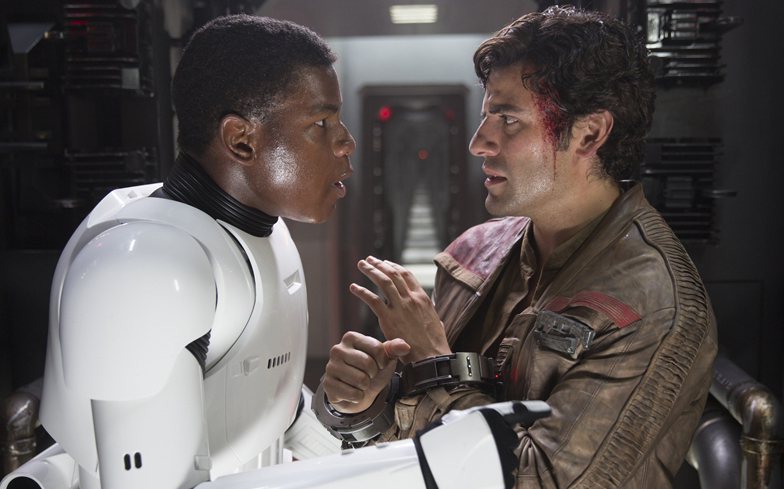 Will it happen? Oscar Isaac is definitely open to the possibility…

As excitement builds towards the release of Star Wars: The Last Jedi on 14 December, fans are still holding on to a theory they’ve held close to their hearts since The Force Awakens was a box office smash two years ago: Poe Dameron and Finn will embark on a same-sex romance.

Kathleen Kennedy – producer of Lucasfilm – has previously said that a love story between the two won’t happen in The Last Jedi, but that that’s not to say it won’t take place in future films.

Oscar Isaac – who plays Poe in the franchise – is also up for being a key part in some LGBTQ representation in a galaxy far, far away.

Related: Star Wars: The Last Jedi trailer leaves fans with so many questions

“Not only LGBT, but Latinos. There’s representation out there.”

He added: “As to actually seeing how that manifests itself in Poe in this film, that isn’t necessarily going to be a clear story point. But as an actor, I’m very open to those storylines.”

Laura Dern also speaks about her own character Amilyn Holdo, who was confirmed to be pansexual in a recent Star Wars novel, which is considered part of the canon.

John Boyega – who plays Finn in the film – recently spoke about the possibility of a same-sex romance between the two characters too, as well as giving his reason as to why he thinks fans picked up on the chemistry between them.

“I think that Oscar is always looking at me with love in his eyes, and I guess that the fans saw it,” he said. “And then they realised that either he needs to chill or come out.”