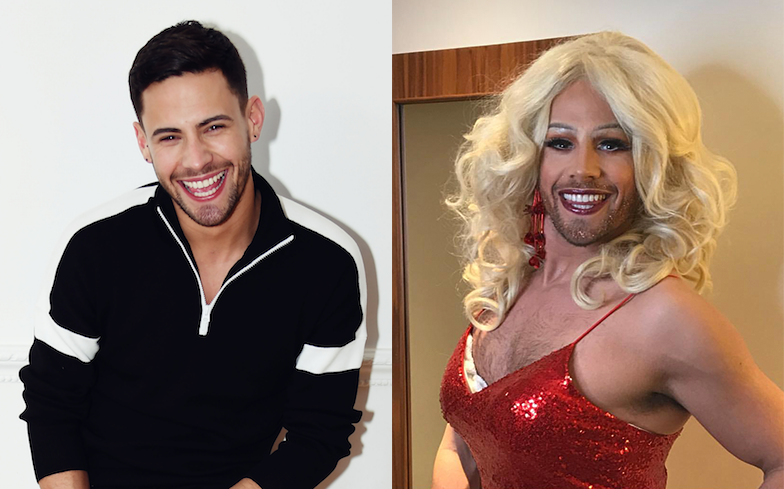 Andrew Brady came to play, slay and blur the lines between femininity and masculinity when he appeared at G-A-Y in London last night as his drag persona, Betty Swollocks.

The Celebrity Big Brother star became a polished, fully-realised queen with his glamorous transformation, and hennies, it’s safe to say that fans were cooped, gooped and mothertucking gagged.

On Andrew’s Instagram, he thanked CBB winner and Aussie fish Courtney Act, who helped originate his drag persona during their time in the house.

“What an amazing night G-A-Y was. However, it would not have been possible without the kind help from a few people. Firstly my partner in crime @courtneyact for being so epic, for patiently dragging me up the first time in @bbuk and showing me that it is okay to be different and educating me,” he thanked.

Andrew then dashed all hopes of a future appearance on RuPaul’s Drag Race, when he announced a hiatus for the iconic, groundbreaking and revolutionary diva, Betty Swollocks. (Was that too extra? Also, can you tell we’re upset?)

“Sadly I must now announce that #BettySwollocks is announcing a hiatus for a while. As much as I loved the experience of getting #DraggedUp I think I will leave it to the professionals. Much love everyone.”

“My best friend is gay and her grandma is a Yorkshire lass born and bred. Somewhat lower educated, who reads The Sun. She could potentially be forgiven for her views from what she’s had in the past. But she is accepting of my friend when she came out. That for me speaks volumes,” said Andrew.

“Whereas someone like Ann has been in the public eye, has been educated, and I don’t think people in that instance can be forgiven. Prejudice is prejudice. It doesn’t matter what shape it comes in, or size, or age – it’s still prejudice.

He continued: “I don’t want to compare the two to an extreme, but if you look at Donald Trump, he’s 71-years-old and we’re not using his age as an excuse as to why he’s getting away with all this stuff. Why are we doing it with everyone else?

“That’s a really strong message that I’m trying to get out. It doesn’t matter how old you are, if you’re racist you’re a racist. If you’re homophobic, you’re homophobic. I don’t think age can be used as an excuse.”