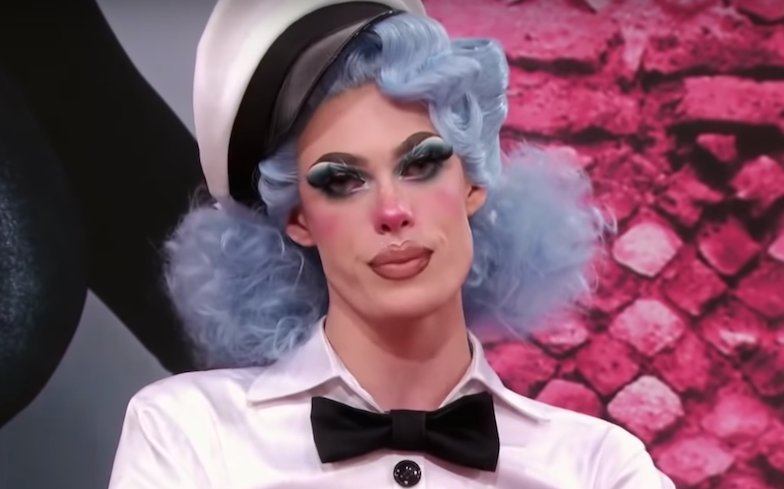 “I respect you, but I lost so much respect for you today.”

The girls are fighting (again) in the preview for the next episode of RuPaul’s Drag Race season 12.

Following Aiden Zhane’s elimination at the hands of Brita, the nine remaining contestants discuss the dramatic events of Untucked, which saw Gigi Goode come into conflict with Heidi N Closet after saying her makeup hasn’t improved.

“I was like, ‘Damn bitch.’ It came across very, ‘She’s the only bitch and fuck my drag and fuck my face,'” says an emotional Heidi.

“First of all, I never said you were ugly and I never would,” responds Gigi. “Second of all, I regret the way that it came out of my mouth. Some of you had brought up the fact that you didn’t understand why you were in the bottom.”

After Gigi tells Heidi that she has respect for her art, Heidi responds: “I respect you, but I lost so much respect for you today.”

Widow Von’Du, who was also criticised in Untucked by Jackie Cox and Sherry Pie for not ‘preparing’ for Snatch Game, then has her say, proclaiming: “I did not need ya’ll to come in there and stab a bitch in the back.

Jackie and Sherry extend their apologies to Widow, who is not convinced. In her confessional, she states: “I hate a backtracking ass bitch, I really do. Because now, they’re trying to apolo-lie for what they said.” Apolo-lie (!). Obsessed.

She then tells her sisters: “I hope you all feel the exact same way that we feel when we’re in the bottom when you all don’t do just as well, because when ya’ll fall, I hope somebody tears you down just as much as ya’ll tore us down.”

Jackie, who’s taken aback by the severity of Widow’s comment, hits back: “Me saying I’m sorry for what I said and the way I said it, that means nothing to you? You’re like, ‘Well then, screw you. I hope you fall in the next challenge.'”

Jaida Essence Hall sums up the moment perfectly when she remarks: “That took a turn for the wicked.”

This week, the queens will follow in the footsteps of The Unauthorised Rusical’s of Cher, Donald Trump and Kardashians by telling the story of the queen of pop, Madonna. Winnie Harlow and Alexandra Ocasio-Cortez will guest judge.