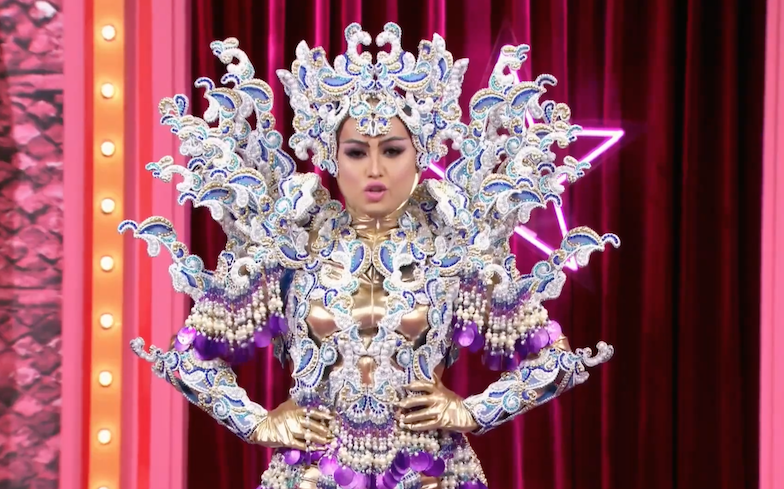 Ongina has shared the lewk she would’ve worn for this week’s three-in-one Drag Race runway.

The beloved entertainer made an untimely exit on week two of All Stars 5, roughly 11 years after she left audiences slain on the show’s groundbreaking first season – you know, the one with the vaseline filter?

Sadly, that means viewers have been robbed of watching Ongina participate in her very first Snatch Game – where she would’ve “killed Connie Chung or Marie Kondo” – and seeing what other fierce runways she had in her repertoire.

Fortunately for us, it looks like Ongina is choosing to follow in the footsteps of past competitors by sharing her planned outfits for each week. For her three-in-one, the star planned a knight, princess and witch-inspired extravaganza.

It’s an absolute shame, because this would’ve been sickening on the runway – take a look below.

When we spoke to Ongina after her elimination, she admitted that her All Stars experience was a “little different” than what she had imagined, but is proud of herself for sashaying back into the werkroom and showcasing her growth.

“I’m a little disappointed for leaving so soon, but so happy you all got to see my culture, my glow-up, my sexy raspy singing voice… I’m happy I got to show you who I am as a person,” she explained.

When asked what else we could’ve expected from her this season, Ongina revealed: “To win the design challenge! We all know that I think I am an interior design expert. I would have been able to show you more amazing looks.

You can read GAY TIMES’ full interview with Ongina here.