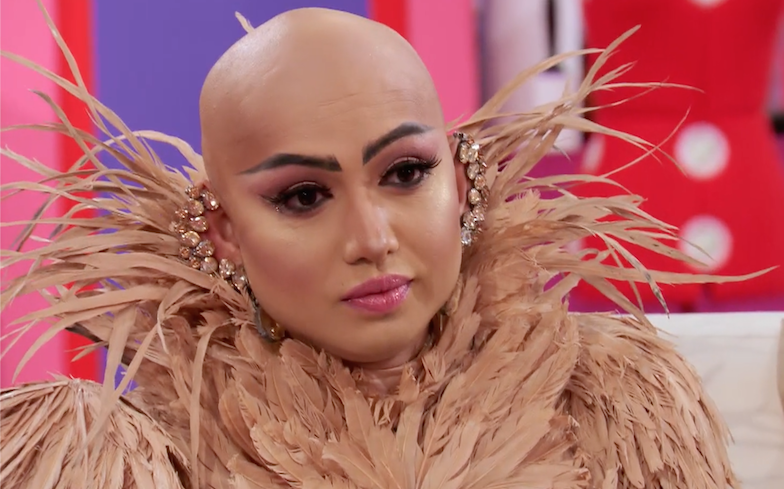 “We can make the choice be genuine and sisterly even in a competition with $100K on the line.”

The iconic queen, who first competed on the Emmy-winning show’s first ever season, sadly became the second queen to sashay away from All Stars 5 after failing to impress the judges with her performance in the girl group maxi-challenge.

“Coming back 11 years later, I wanted to show everyone my growth as an artist and the love, sacrifice and beauty I have invested in my drag as Ongina,” she wrote. “I wore this dress to embrace my culture again and really love the skin I’m in.”

Following the judge’s critiques, Ongina caused controversy when she told her fellow queens that India Ferrah and Mariah, who were also in the bottom three, didn’t deserve to go home and she should be the one to sashay away.

“I have so much more to give and I want to give it. I have the hunger, I have the drive, I want to be here so bad. But you don’t have to deliberate with me. This is not me giving up. This is the fairest thing to do,” she admitted in the werkroom.

Ongina said she has been “dreading” to watch her elimination since the season was filmed last year, and explained why she embraced her inner BenDeLaCreme in All Stars 3 and sacrificed her place in the competition.

“At that time I refused to say I quit because I based my request off on how I’ve been performing and from getting sick, but who’s to say they weren’t going to vote me off anyway? Either way, I lost the fire to fight and that is my biggest regret,” she revealed.

“I wasn’t the best in this contest, but I know my worth, love my drag and what I bring to the world and I’m glad I got to show you and I don’t regret that. I got to show you some amazing looks and my authentic self and I’m super proud of that!”

Ongina then thanked her All Stars 5 competitors and concluded her post by addressing her conflict with Miz Cracker, who fans labelled the “villain” of the season for playing – in the words of Mariah – “mental warfare” with the beloved queen.

“I hope next time you are surrounded by queens, whether it’s a local stage or world stage like All Stars; if a queen is feeling nervous, unsure of themselves or losing confidence that you choose to uplift them while they’re already on the ground.

“We can make the choice be genuine and sisterly even with a $100K on the line.”

Read Ongina’s full statement about Drag Race All Stars 5 below.