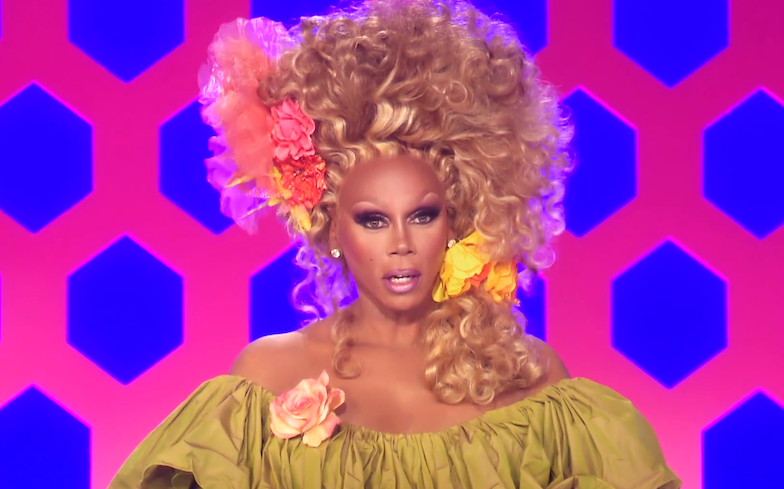 The fourth season of Drag Race All Stars has just lost a legendary performer.

This week, the large-and-in-charge, chunky-yet-funky, Miss Latrice (motherfucking) Royale became the latest contestant to receive the boot from her fellow competitors, and we are lost for words… But we’re going to write some anyway.

In this week’s episode, the contestants – in a salute to all things Jersey – pleaded their cases before “Judge” Michelle Visage in an unscripted courtroom parody, titled ‘Jersey Justice’ – with extra special guest judges: Zoe Kravitz and comedian Erica Ash.

Latrice found herself in a thruple with Monét X Change and Monique Heart, two of the biggest personalities this season, and the two remaining teams were formed of Manila Luzon and Naomi Smalls, and Trinity the Tuck and Valentina.

During rehearsal, Latrice expressed disdain for her teammates as she ranted in her confessional: “Excuse me, these two are loud as fuck. This can easily go south when one or two overpower another, so I’m screaming!” Despite this, and Latrice later telling Trinity that she felt confident in her performance, she was ultimately overshadowed by Monique, who earned her second win of the series alongside last week’s winner, Manila Luzon, and was deemed the bottom All Star with Monét.

After the queens left the main stage for deliberations, Manila vowed to win the lip sync to save her best friend. “Latrice, you’re such a dear friend to me, you’re one of my best friends in the whole world,” she told her. “I got you, okay? I’m going the tear the fucking roof off this place to save my friend.”

Monique, on the other hand, was more conflicted with her decision. Although Monét is her season ten sister, it was obvious that she was thinking of the backlash she’d receive if she sent home, as Valentina correctly put it, “the dearly beloved”. Does she eliminate the week’s weakest queen, who happens to be one of the most esteemed queens in the show’s HERstory, or does she save someone who is not as beloved but has performed slightly better?

Trinity, however, knew she would send home. “I really love Latrice, but girl, because you been doing drag for a hundred years, you think you deserve the crown?” she told Valentina and Naomi. “It ain’t cute to me, because guess what? I see Manila. If she wins, she’s going to pick Latrice to stay, because they’re friends.” We understand the whole basis of sending girls home based on their track record, but there’s no handbook on how to eliminate, right? In the past, queens have been guilty of saving their friends (Rolaskatox being the obvious example), so why is it so bad if Manila saves her best Judy? We don’t get it.

After the judges hopped on the ASMR train on the main stage, Manila and Monique delivering a show-stopping battle to Tina Turner’s cover of The Bitch is Back. The lip syncs this season have honestly been sensational, but this week, it truly felt like a tie.

However, because Manila made the mistake of revealing the queen she’d send home (don’t tell the producers!), she was never going to triumph. Monique ultimately revealed Latrice’s name, which resulted in a flood of tears from Manila (and us), and she was told to sashay away.

If this week has taught us anything, it’s that no queen is safe. And after seeing the preview for next week, it’s safe to say the amount of gagging is far from over… henny.

Watch the preview for the fifth episode of All Stars 4 here.