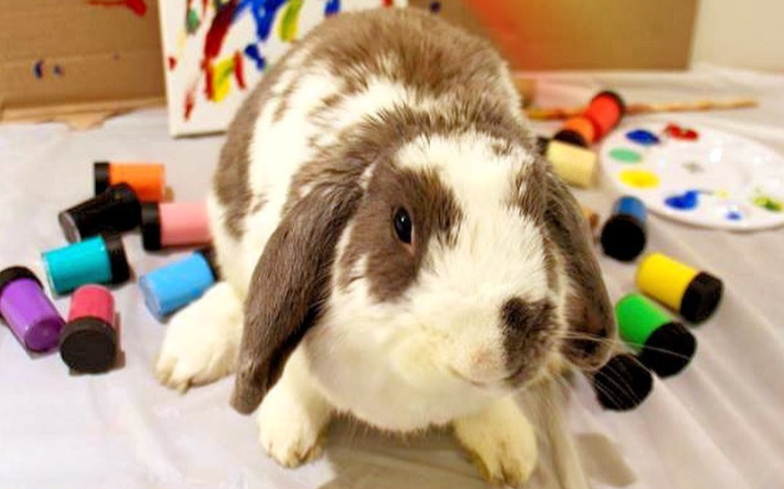 One of the internet’s largest-followed bunny accounts, Bini the Bunny, has hit out at online homophobia, after anti-LGBTQ trolls targeted a picture of the rabbit in rainbow colours.

Bini has amassed his large following from a YouYube channel where the rabbit plays basketball, as well as dressing up as a superhero.

However, this post drew ire from many people, and not because of the missed opportunity for a pun. Although some were concerned that real dyes were used, others assumed the rainbow was related to the LGBTQ community and started spreading their hate.

In now deleted comments, one person wrote: “You just politicised a Bunny. I view these pages to get away from that stuff.” Another added: “I just hope it’s not saying you’re okay with HOMOSEXUALITY cause I’m against HOMOSEXUALITY.”

However, today Bini has hit back at the anti-LGBTQ trolls. In a new post, it was written: “Yesterday I uploaded a photoshopped colorful picture of myself.

“Surprisingly I received some anti-LGBT hate messages (Why?!). We never post political posts, it was just about a colorful bunny. But for those of you who want to know. This page supports all people of all the colors. True bunny lovers will always support love over hate.”

The post was ended with emojis of a bunny, a red heart and the rainbow flag, as well as the message ‘Love is love.’

People have reacted pawsitively (see how it’s done?) to Bini’s new post with many rainbow and heart emojis.

One person wrote: “It’s sick that a simple rainbow releases so much hatred. It’s sick that people take her as a symbol and order something to support or not.”

And another said: “Our rabbits love us for who we are, no matter our sexual, political or religious views!!”