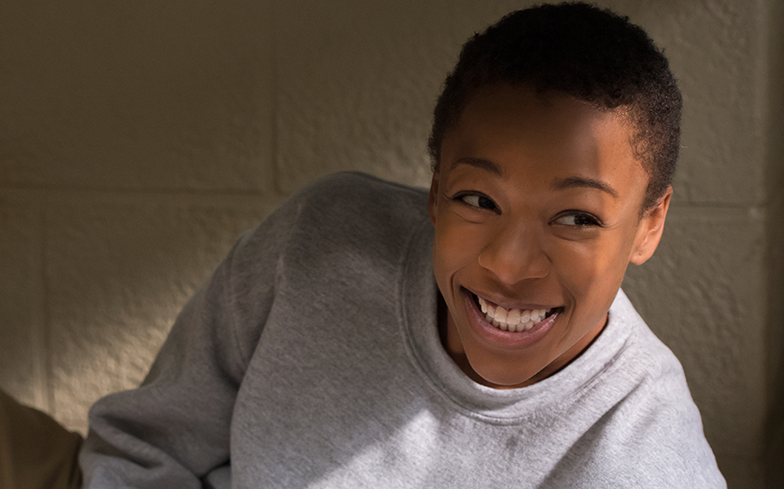 “They mentioned my name and I saw it in print, and I cried. I cried a lot.”

Orange is the New Black star Samira Wiley has revealed that one of her former co-stars outed her as gay.

During an appearance on Nancy Podcast, the actress – who played Poussey Washington from 2013-2017 – said it took her a few years to be comfortable with her sexuality, and recalled a time when a cast member outed her during an interview.

“First season [of Orange is the New Black] I wasn’t out at all,” she admitted. “Someone from my cast actually, during the interview they were talking about out gay actors in the cast. They mentioned my name and I saw it in print, and I cried. I cried a lot.”

Samira said her cast member “took” her coming out experience from her: “You should be able to come out on your own terms.”

However, through playing Poussey, Samira became more comfortable with her identity. She explained: “I wasn’t out in the beginning and I think falling in love with Poussey helped me fall in love with myself as well.”

In an interview with USA Today, Samira said: “Lauren and I both really believe in LGBT visibility and I think that we have done that in a really unapologetic way – the way that we live our lives, the way that we post pictures of each other.

“Sometimes I don’t feel like we’re doing something that’s so radical. We’re just living our lives. But in these times, it is radical, because people have not felt comfortable just living their lives.”

Samira currently stars in Hulu series The Handmaid’s Tale, for which she won the Primetime Emmy Award for Outstanding Guest Actress in a Drama Series.