On Your Feet! full of great music and dancing – review 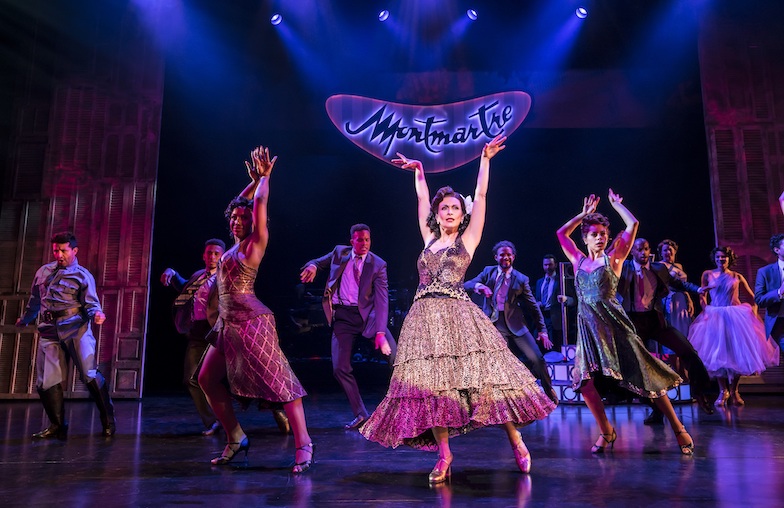 Following a successful two-year run on Broadway and a subsequent US tour, the story of Gloria and Emilio Estefan has opened at the London Coliseum, directed by Jerry Mitchell.

It’s easy to see why this show was such a success across the pond – Gloria Estefan is a huge star there, and the music will play well to their market, where her story is also much better known. In the UK the concept of this musical seems a bit more niche, but the narrative – a classic rags to riches tale, which touches on topical themes including immigration – will resonate more universally.

In a nutshell, On Your Feet! tells the story of Gloria Estefan and her husband Emilio, and their rise to success with their band Miami Sound Machine. It follows them through the early days of their career, to initial success, and their live return at the American Music Awards following Gloria’s life-threatening and career-changing road traffic accident a year earlier. A jukebox musical, it features the biggest hits from their career including Dr Beat and Conga – the latter really getting the audience on their feet.

The story could have been incredibly superficial, but we appreciated that there were moments of depth – Gloria has a reasonably interesting back story, and there were some nods to a less than perfect family life. We were given brief insights in the personal lives of her parents, and also found her grandmother to be particularly entertaining. It’s hardly ground-breaking stuff, but it’s more substantial than we were expecting.

We found it to be a lot of fun. Thanks to an expert band of live musicians, the songs sound great, and there’s some tight choreography courtesy of Sergio Trujillo. Conversely, the sets do look a little bit cheap and flimsy, which is a bit disappointing in the context of the Coliseum – it didn’t feel like a good use of the grand, cavernous space at all.

Christie Prades is the real star of the show here. She comes across as earnest and genuine, and has a wonderful voice, delivering Gloria’s songs with a real authenticity. George Ioannides as Emilio was less convincing – his speech about what an American looks like, which should have been a really powerful moment, fell a little flat – but he’s still an enjoyable performer to watch, not least because he’s very easy on the eye.

We had a perfectly enjoyable night out with On Your Feet! – it’s certainly not just a show for Gloria’s die-hard fans. We were only familiar with a handful of her biggest hits, and didn’t know a great deal about her life story, but still found it to be entertaining. It’s not the most exciting or visually impressive show in town, but some great music and dancing transform this story into a fun evening at the theatre.