OMG! That was the most shocking elimination in Drag Race HERstory 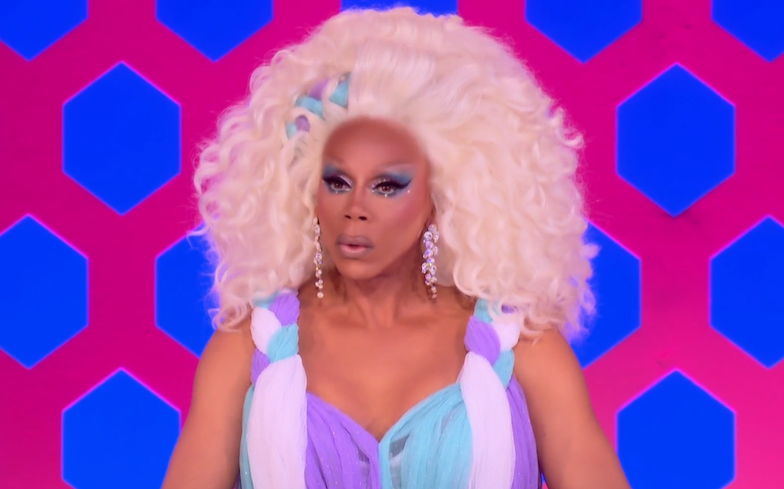 Oh henny, we are truly cooped, gooped, and mother-tucking gagged.

RuPaul’s Drag Race has boasted several shocking eliminations in its twelve sick’ning seasons. Willam, Valentina, Manila Luzon, Adore Delano (kinda), Eureka O’Hara, to name a few. However, the latest episode of All Stars 3 has somehow topped all of them.

For this week’s main challenge, the top five queens were tasked with auditioning for RuPaul’s new super group, The Kitty Girls. The eliminated queens finally ru-turned for their ru-venge, and were given the opportunity to showcase their charisma, uniqueness, nerve and talent once more… in a rival girl group.

Firstly, the eliminated contestants had a bone to pick with the queens who sent them packin’. Thorgy came for Shangela, Milk came for Kennedy, Aja came for Bebe and Morgan pretty much gutted Ben henny. It was all very awkward and dramatic. Not Phi Phi vs Alyssa dramatic, but it still left us cooped, gooped and mother-tucking gagged.

The confrontation influenced Ben’s goth-inspired character in the challenge, whilst the rest of the girls assigned their own memorable personality: Bebe as Jungle Kitty, Kennedy as Diva Kitty, Shangela as Sparkle Kitty and Trixie as Geeky Kitty.

On the opposite team; Aja portrayed Lil’ Banjee, Chi Chi as Cajun Kitty, Milk as Milky Kitty, Morgan as Bimbo Kitty, and Thor as Cardio Kitty.

Ben and Bebe won praise from the judges, and were deemed the top two All Stars of the week, whilst Kennedy, Trixie and Shangela found themselves in the bottom three. The winner of the lip-sync was then bestowed the power to eliminate a bottom queen, and to bring back one of the eliminated contestants.

After defeating Bebe in the lip-sync, Ben proved why she’s worthy of her Miss Congeniality sash when she opted to bring back the queen she first eliminated, Morgan McMichaels. Then, instead of sending home one of the bottom three queens, Ben chose to leave the competition by revealing her own name on the lipstick.

The judges and contestants were stunned with Ben’s choice, but Ru accepted her decision, and told her to sashay away. Here’s some of their best reactions…

1SmooveFella: Knowing the things I knew still didn’t prepare me for the gaggotry of me flipping from not understanding or buying anything Dela was selling to jumping on the train. That’s a talented bitch & she really showed me her heart this season.

merouses: She just seriously made everything in this competition null and void I love it.

Bad_at_internet: I don’t care what the fuck the technical outcome is, nobody is telling me otherwise… Bendelacreme won All-Stars 3.

disfluency: Ben leaving genuinely puts an asterisk next to whoever wins All Stars 3. What a season.

missviolets: This is so iconic I’ve never been this wigless.

StellaHolly: I just wish that Ben would have done a really shitty job with the lip sync so that bebe would have won and none of this would have happened.

hiityty: I have diarrhea from this episode!

SCSWitch: I just got around to watching it. If I knew that it was going to be that dramatic, I’d have written a will because I died a few times. While we’re devastated at Ben’s departure, she has certainly made her mark in Drag Race HERstory, and cemented herself as one of the most talented Ru girls ever.

However, Ben’s actions possibly mean she’s inadvertently tainted the crown for the eventual winner. She was the clear frontrunner for the crown – even more so than Alaska in AS2 – and despite two more episodes to come, no queen will match her incredible track record.

So, how will Ben’s self-elimination affect the rest of All Stars 3? Click here squirrel friends, because we spilt all the T.