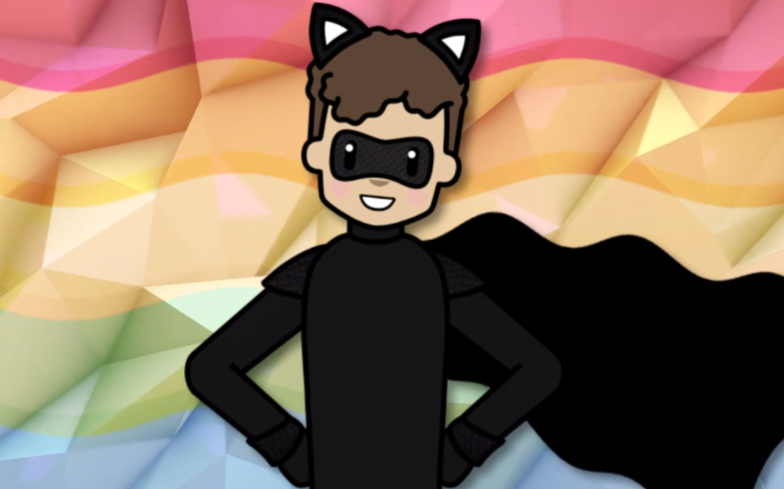 In our interview with the YouTuber and author earlier this year, he hinted at new music coming out.

YouTuber and children’s author Olly Pike has released his latest single for his education brand Pop’n’Olly, Hero. The song was written and sung by Olly and produced by Jack Hawitt.

The music video, which was also animated by Olly, features a cartoon drawing of himself in various perilous situations, as well as shots of the brand’s mascot Pop.

At the start, Olly sings: “What if I wake up, and I’m locked in a tower high? Or I’m sailing on the sea, no land in sight?”

As he builds up to the empowering chorus, he sings: “Maybe there’s a fighter about to come alive. Maybe there’s a tiger sleeping deep inside. I could be the answer to the questions in my mind. Maybe I’m the hero in the story of my life.”

Watch the music video below.

And much like Olly’s first song, Who I Am, the song aims to give hope and assurance to young people that their voices are valid. “Hero is about being your own saviour,” Olly explained.

“As a child, I didn’t have an LGBTQ role model to look up to, so I had to learn to become my own. Growing up gay for so many of us is a time of uncertainty. A time when we are unsure whether our thoughts are valid and if our opinions will be accepted.

“Personally, I was lost and unsure if I was deserving of equality and I know that is still the case with many young people now. With my work through Pop’n’Olly, I’m more aware than ever that a lack of education is the breeding ground for ignorance and insecurity.

“I think we can change that, giving hope to LGBT people and empathy and understanding to those who aren’t.”

And speaking to Gay Times about the impact he hoped the song would have, he added: “I’m hoping people will take away a sense of empowerment, ready to take on the world.

“Often we feel trapped in our situations and can sometimes feel unworthy for a multitude of reasons. Hero is about rising above your insecurities and coming out on top.”

Hero is also available to listen to on Spotify and iTunes.