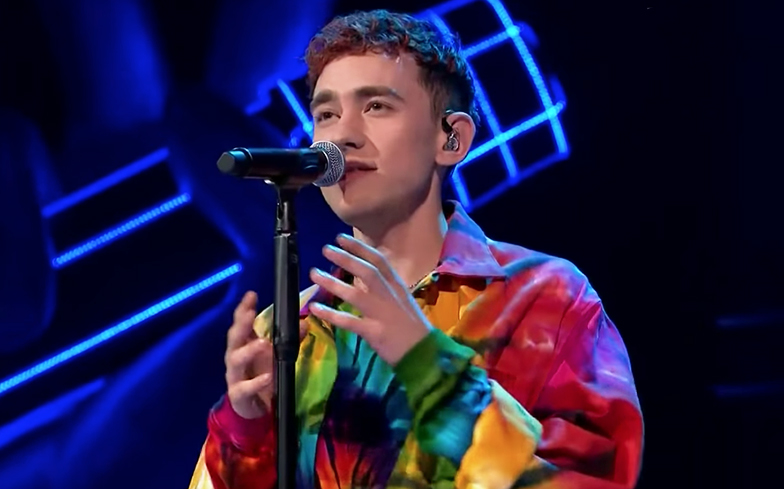 Olly Alexander made a show of solidarity with LGBTQ people on Polish TV.

The 23-year-old last week appeared alongside his Years & Years bandmates for a live performance of hit single King on talent show The Voice of Poland, one of the country’s biggest TV series.

To coincide with the British band’s appearance, local activists and LGBTQ publication Queer.pl asked the singer to display a rainbow Pride flag to show solidarity with the queer community in Poland and stand against anti-LGBTQ views.

Aaaa! @yearsandyears in @TVP this Saturday! Sending love from Polish LGBTQ community. We'd love to see a rainbow on our national TV, can we count on you @alexander_olly? 🙂 ❤️🏳️‍🌈 @TheVoicePoland @PinkNews @gaystarnews @AttitudeMag @outmagazine @Independent https://t.co/qE1fekZVMH

Well, Olly took their request one step further and wore a whole outfit in rainbow colours for the country to enjoy.

“Poland’s government has become increasingly anti-LGBT and same-sex couples are not allowed to be shown on the TV station,” he wrote on the band’s Twitter account after the performance.

“Poland has embraced our band from the very beginning and I know it’s people to be kind, funny and hugely generous. Wearing rainbow colours is just a small statement but I’m very thankful to have been asked to do so.

“The government’s stance on LGBTQ+ equality does not reflect the pride and love we see at our shows there, nor is it reflected in the people we work with.

“We had a great week end, and I love Poland and I will do my best to do right by you guys.”

While homosexuality isn’t illegal in Poland, same-sex marriage remains banned, and members of the LGBTQ community face harassment and legal challenges that their straight/cisgender counterparts don’t.

Olly’s appearance in rainbow also comes after the announcement that Poland’s own version of British dating show First Dates wouldn’t feature same-sex couples – both The Voice of Poland and First Dates Poland air on state TV.

Watch Years & Years’ performance on The Voice of Poland below.