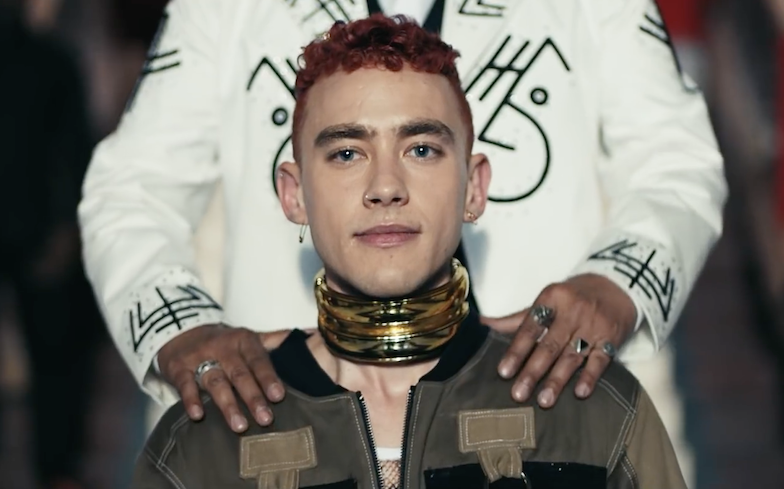 Years & Years frontman Olly Alexander has described the term ‘twink’ as an “easy way to put someone down”.

The British singer-songwriter was mentioned in a New York Times article titled Welcome to the Age of the Twink earlier this year alongside Troye Sivan and Timothée Chalamet.

When asked about his feelings in a new interview with NME about being a prominent pop culture figure to be considered a part of this new male movement, he replied: “Oh God, there’s just so many feelings I have about it!

“I think it’s a little… what’s the word, myopic? I think the article had some really good points and I think it’s great that there are successful young gay guys out there who maybe lean into a specific aesthetic. And it surprises people that [this aesthetic] can be so popular among a young female fanbase.

“But at the same time, I’m like, ‘Guys, there have been skinny white boys forever. Think about Leonardo DiCaprio.’ There’s a difference now, I guess, in that a couple of us are openly gay and enjoying agency over our sexuality and our bodies.

“But personally, I’m 28 and a half now, so I’ve been trying to like, manoeuvre myself away from being a twink because I know it has a shelf life!”

He continued: “Personally, I’ve always been ashamed of my body and I’ve hated being so skinny – I had an eating disorder for so long. ‘Twink’ feels like an easy way to put someone down and say: ‘You’re dumb, you’re just a bottom that wants to be fucked.’

“There’s a lot of bottom-shaming that goes on in the [LGBTQ+] community. I mean, my Twitter is just literally… people are obsessed with placing someone as a bottom or top. So when I saw that article, there are just so many things I felt about it. The tone of the article and the headline especially, it was… what’s another word for inflammatory?

“I just feel like I don’t need to refer to myself or anyone else as a ‘twink’ because it’s just lame.”

The star also revealed that he isn’t a fan of gay culture’s obsession with sexual dynamic, saying that we should move past the notion of tops and bottoms.

“It’s an obsession with a sexual dynamic that feels pointless,” he said. “Just get over it, get past it. Our notion of who’s a bottom and who’s a top is rooted in notions of gender and masculinity and femininity that are really outdated as fuck.

“Say what you want among friends, but I’m a bit bored of the online discourse being, like, ‘bottom energy!’ or ‘top me daddy!’ or ‘that’s not gonna work – two bottoms don’t make a top’. It’s super-reductive.”

Years & Years are currently travelling the UK with their headline tour in support of their latest album Palo Santo.

The jaunt sees them play huge venues across the country, including a headline date at London’s O2 Arena on 5 December.