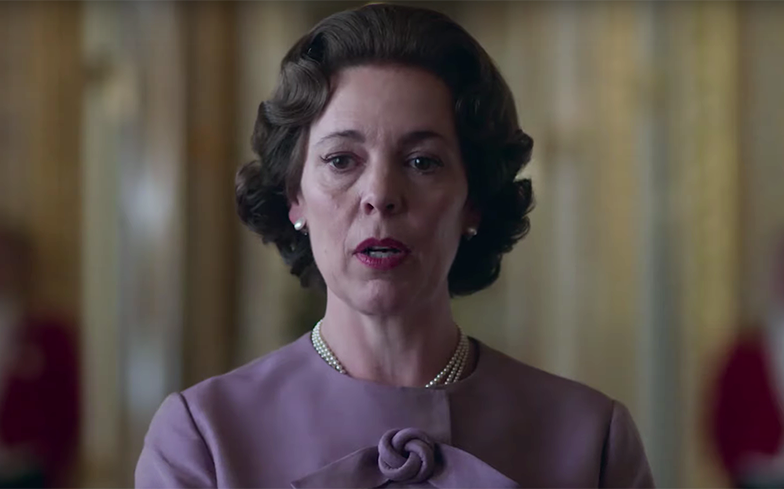 The first official trailer for the third season of The Crown sees the debut of Olivia Colman as Queen Elizabeth II.

The British actress – who recently earned her first Academy Award for her work in The Favourite – takes over the role from Claire Foy, who portrayed the monarch for the first two seasons of the critically-acclaimed series.

“Everyone is delighted with the new profile ma’am,” one of the queen’s staff says in the trailer, “which they feel to be an elegant reflection of her majesty’s transition from young woman too…” Queen Elizabeth responds: “Old bat?”

Joining Colman this season is Tobias Menzes (Rome, Outlander), who will replace Matt Smith as Prince Philip; Charles Dance (Game Of Thrones), who will play Lord Mountbatten; and Josh O’Connor (God’s Own Country), who will star as Prince Charles.

The third season of The Crown will be available to stream on Netflix from 17 November – watch the trailer below.