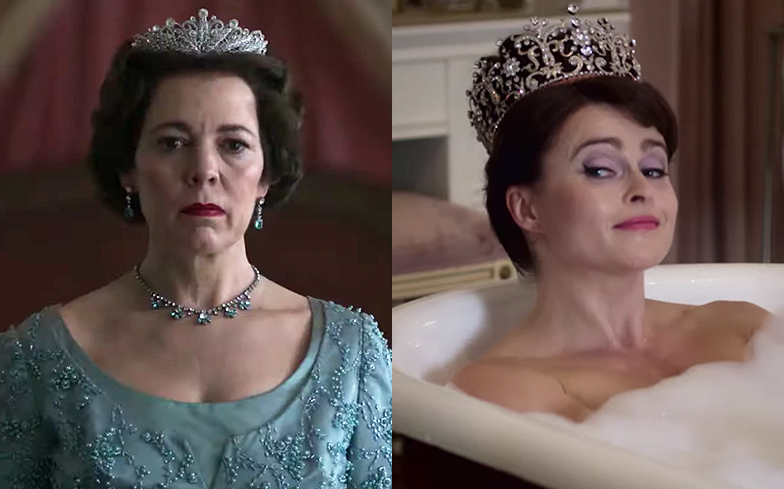 Season three of The Crown is almost upon us.

Netflix has dropped the first full-length trailer for the new season of The Crown, which sees Olivia Colman take over from Emmy-winner Claire Foy in the role of Queen Elizabeth II as the show enters the 1960s and 1970s.

“This country was still great when I came to the throne,” says the monarch in the trailer. “All that’s happened on my watch is the place has fallen apart.”

The trailer teases plenty of Royal Family drama, including the rivalry between Elizabeth II and her sister Princess Margaret, portrayed here in a much-anticipated turn by Helena Bonham Carter, and Prince Charles’ romance with Camilla Parker Bowles.

Watch the new trailer here or below.

Joining Olivia and Helena this season are Tobias Menzes, who will replace Matt Smith as Prince Philip; Charles Dance, who will play Lord Mountbatten; and Josh O’Connor, who will star as Prince Charles.

The third season of The Crown will be available to stream on Netflix from 17 November.