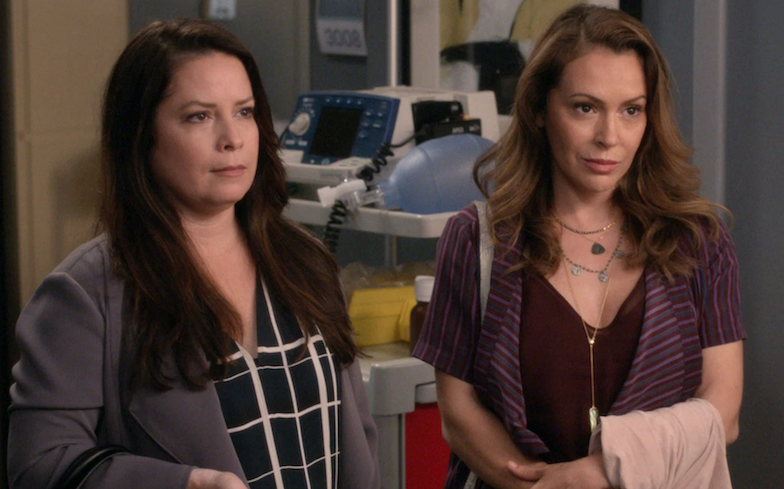 Is this another alternate reality storyline like Centennial Charmed? (If you know you know.)

The power of two are coming to Grey’s Anatomy.

Former Charmed stars, icons and legends Alyssa Milano and Holly Marie Combs are reuniting on-screen for the first time since the show’s conclusion on the long-running medical drama – and once again, they’re playing sisters!

They will play the sisters of a patient who becomes braindead after an accident at a construction site; unfortunately, Leo won’t be on standby to heal their sibling, so they’ll have to decide if they want to keep her on life support.

The stars reunited with Charmed’s former executive producers Krista Vernoff and Andy Reaser on the series. They will make their Grey’s Anatomy on the third episode of the show’s upcoming 16th season, which will air 10 October.

“This is going to be fun!” said Milano while Combs tweeted: “#castfromthepast with all the feels and I mean ALLLL.”

Airing for eight seasons, Charmed focused on the most powerful witches in the world who use their combined “Power of Three” to vanquish demons, warlocks, all evil-dwellers, etc, all while maintaining their personal and professional lives.

Milano and Combs starred as Phoebe and Piper Halliwell for its entire run.