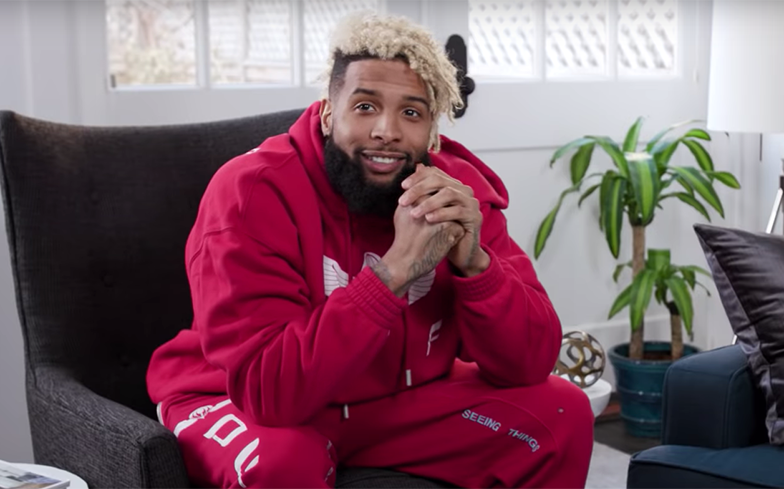 “I’ve never had an opportunity to talk about this.”

Odell Beckham Jr. has responded to rumours surrounding his sexuality.

The American football star, who currently plays as the wide receiver for the Cleveland Browns, covered GQ for their latest issue and said the gay rumours started after an altercation with Jason Norman of the Carolina Panthers.

Norman reportedly threatened Beckham with a baseball bat and shouted anti-gay slurs at him, which led to the star being suspended for one game. News sites then started speculating about how he identifies.

“I’ve never had an opportunity to talk about this,” he told the publication. “Honestly wasn’t offended. I’ve never once had no problem with anybody who has their own personal life that they live. I have friends who are gay.

When the interviewer observed that “the idea that someone must be gay – or that being gay is any shameful – because they’re dancing or have blond hair seems so small-minded,” Beckham responded: “Or because they’re ‘close with other men’.

“Even like little videos where they see me leaned back or something, they’ll say that I’m looking at a guy’s ass. And I’m like, “Bro! You don’t even know where my mind is at.” It was just a lose-lose.”

Beckham also revealed that he’s often criticised by fans for being with white women, and said the homophobic remarks feel worse when it comes from the black community, specifically black media sites.