NYC Pride organizers have banned police from Pride events till 2025 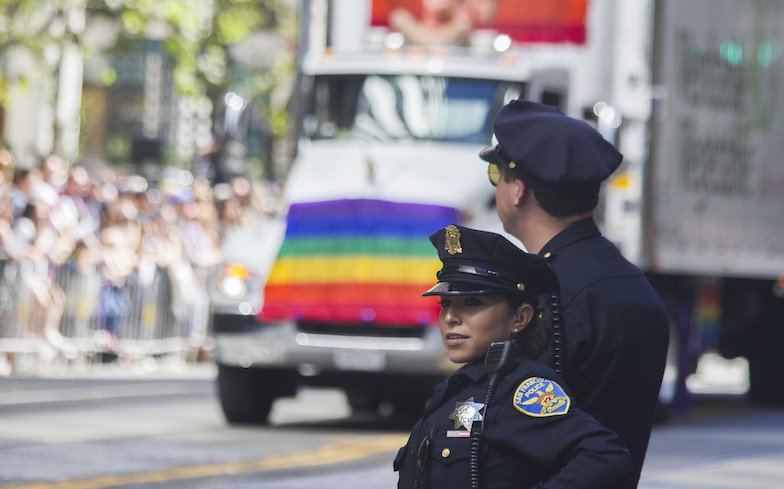 “At that time their participation will be reviewed by the Community Relations and Diversity, Accessibility and Inclusion committees, as well as the Executive Board.

“In the meantime, NYC Pride will transition to providing increased community-based security and first responders, while simultaneously taking steps to reduce NYPD presence at events.”

In the meantime, NYC Pride will transition to providing increased community-based security and first responders, while simultaneously taking steps to reduce NYPD presence at events.

The organization also stated that these new policy changes were created to ensure safer spaces for LGBTQ+ and BIPOC communities.

NYC Pride Co-Chair, André Thomas, revealed that this decision was made after months of conversations with “key stakeholders in the community.”

“We would like to extend our thanks to the Anti-Violence Project which provided invaluable advice and counsel to help us take these important steps,” Thomas said.

He then went on to thank the Executive Director of the National Black Justice Coalition, David J. Johns, Editor-in-Chief of DapperQ, Shijuade Kadree and more for their “guidance in helping” with the new changes.

“NYPD will provide first response and security only when absolutely necessary as mandated by city officials,” the statement continued.

Since the announcement, the Gay Officers Action League, an organisation made up of LGBTQ+ officers, have called the policy “demoralizing.”

Brian Downey, President of the Gay Officers Action League, expressed his disappointment in a statement.

“NYC Pride is well aware that the city would not allow a large scale event to occur without police presence. So their response to activist pressure is to take the low road by preventing their fellow community members from celebrating their identities and honouring the shared legacy of the Stonewall riots,” he said.

A spokeswoman for the NYPD called the situation “disheartening” and stated that officers will still be present “to ensure traffic safety and good order” during the events.

The presence of police at Pride events have been increasingly questioned over the years.

Last year’s protests and demonstrations that erupted across the United States – and the world – against police brutality and racism resulted in calls for police to be permanently banned from future Pride marches.

Natalie James, co-founder of the 2018 Reclaim Pride Coalition – which demanded for police to have less presence Pride – told Openly in 2020: “The police continue with racist violence to this day, just as they did in 1969 during the Stonewall riots.”

Imara Jones, trans activist and creator of TransLash – an organisation devoted to amplifying trans voices – also said: “Oftentimes people can see at Pride the police presence as being inflammatory. On the other hand, there are members of the police that are LGBTQ, and I think that there’s some tension about how they can be recognised.”

Joe Couto, a spokesman for the Ontario Association of Chiefs of Police, acknowledged the “hurt and the pain that is historical in the relationship between police and the LGBTQ+ community,” but said queer officers would be in a “difficult position” if they couldn’t march in the Pride parades.

NYC Pride March will take place on 27 June. There will be a handful of in-person events but the main march will be held virtually due to the ongoing pandemic.