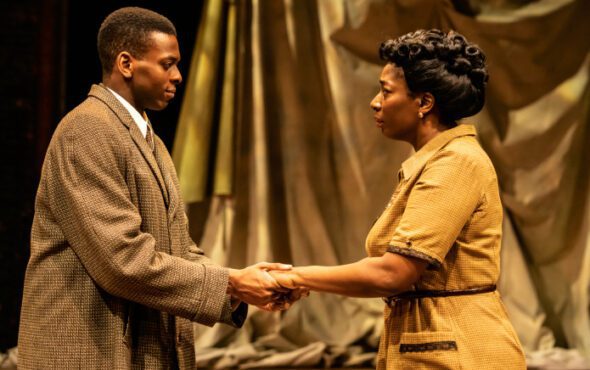 Nancy Medina’s revival of Alice Childress’ 1955 satire about racism in theatre has opened at the intimate Dorfman Theatre in the National Theatre.

Trouble in Mind is one of those plays that still feels completely relevant today, even though it was first staged more than 60 years ago. It tells the story of black actress Wiletta (the excellent Tanya Moodie), who has taken a leading role in a new play about racism being directed by two somewhat tone-deaf white men. The play-within-a-play format means we actually see very little of the on-stage action itself, but we do get a fascinating insight into the behind-the-scenes conversations and debates between the (largely black) cast and the (entirely white) creative team.

It’s really interesting to watch the dynamics unfold and develop as the play progresses. It’s a show full of smart observations, from micro-aggressions being awkwardly laughed off, to actors being quietly compliant in the knowledge that they’re completely dependent on the paycheques they can access. There are numerous moments in the play which feel particularly pertinent – white men being angrier about accusations of racism being thrown at them than they are about the very real and present racism in the theatre industry is one such explosive scene.

It’s a smart concept for a show and one that’s explored with sensitivity – the way the different creatives on-stage react to and interpret the clumsily-written lynching drama is fascinating to see. It feels like a particularly timely moment to revive this in the context of the discourse that has evolved following the prominence of the Black Lives Matters movement in recent years. It’s a text way ahead of its time, with conversations exploring the importance of representation, or whether it’s ever ok to use a racial slur on-stage, even if it’s in the context of a racist character using the term. 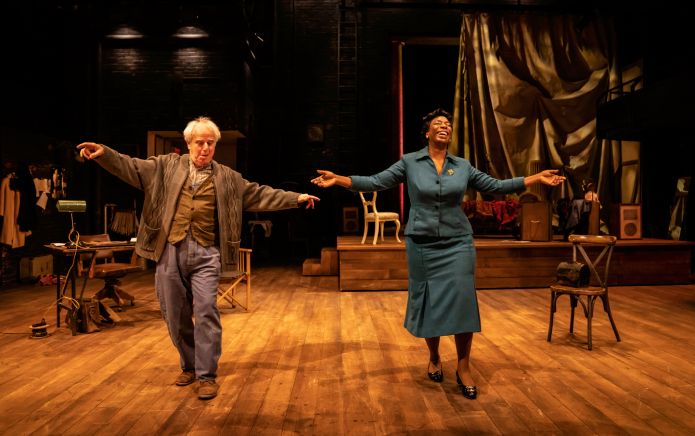 Trouble in Mind is absolutely worth a watch – it wrestles with problems that have gone unchallenged in the industry for generations and are still presenting barriers today. While the subject matter is serious, exploring it through a backstage comedy drama makes it accessible and exciting to watch, while simultaneously challenging its audience and forcing us to think more widely about the issues it presents. There’s also a truly excellent central performance from Tanya Moodie which earned a well-deserved standing ovation for the show we caught. It presents a smart consideration of racism in the rehearsal room – powerful stuff indeed.