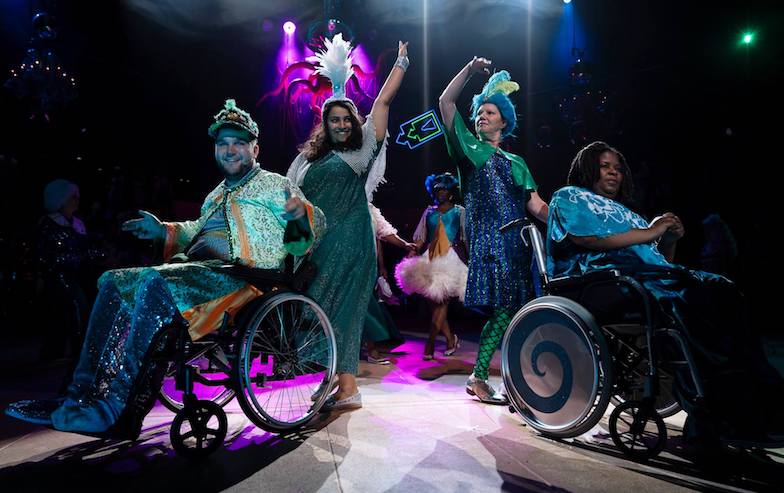 The inaugural Public Acts production is an entertaining take on a lesser-known Shakespeare.

Public Acts is a new nationwide initiative with the aim of creating ambitious acts of theatre and community. Pericles is the first play to emerge from this programme and is a collaboration between the National Theatre, the Queen’s Theatre Hornchurch and eight community partners. It brings acting and production professionals together with a talented ensemble cast of more than 200 local performers drawn from the various community groups.

Pericles is an interesting choice – omitted from Shakespeare’s first folio, and generally considered to be a co-write as opposed to entirely his own work, it nonetheless tells a gripping seafaring story full of twists and turns. This evening’s 100-minute performance rattles through the key scenes in a musical interpretation which breathes new life into the classic text.

The sheer scale and spectacle of this production is a sight to behold. Party and dance sequences are really brought to life with the opportunities that such a vast cast can afford. We particularly enjoyed the outrageous, glittered and sequinned Mytilene dance routine, starring Kevin Harvey as Boult – hands down the most glamorous and fabulous drag queen we’ve ever witnessed in any Shakespeare. We also enjoyed the cameo performances from various choirs and dance companies.

We’re aware that a production like this is potentially divisive. It’s far from traditional, with many scenes either heavily abridged, replaced with music or omitted altogether. The songs themselves are pleasant and memorable but heavily musical-theatre inspired, which won’t be to everyone’s tastes and occasionally border on being too sentimental. There are a handful of scene changes which aren’t as slick as they could be, a few slipped lines and some technical errors, too.

But to judge this performance on these criteria would be to miss the point – this is very much theatre for the people, by the people, and in that respect it ticks every box. Emily Lim’s rendition of Pericles is quirky, creative, entertaining, amusing and highly accessible – we completely bought into it from the start and by the end felt like we’d been on the most wonderful journey. Not only is it a marvellous production in its own right, it’s a superb advert for community arts and makes us excited for the future of Public Acts – we can’t wait to see what they produce next.