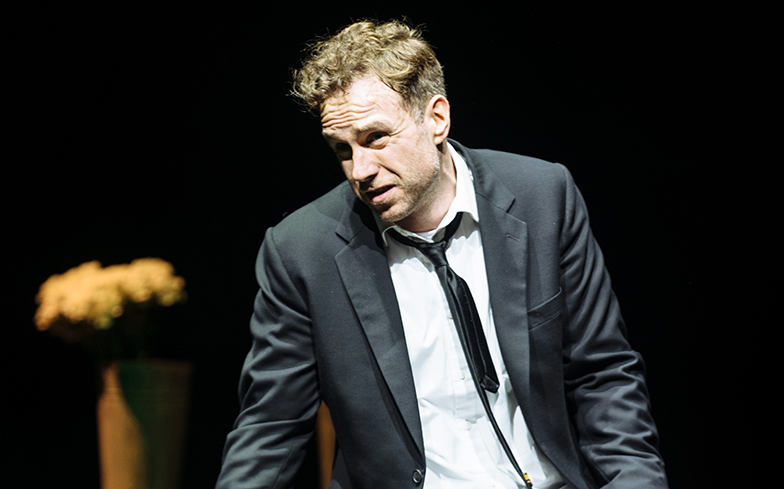 The new play by Clint Dyer and Roy Williams has opened at the intimate Dorfman Theatre.

Over the last few years we’ve seen an awful lot of political plays, and for good reason – whether it’s the rise of right in Trump’s America or the division caused here in the UK by the EU referendum, politics has never felt quite so exciting or important, for better or worse. Death of England is another play to add to the list – it focuses on the life of east London lad Michael (Rafe Spall) and the events of his life surrounding, and following on from, the 2016 referendum.

We learn very early on in the show that Michael’s father has passed away relatively recently, and we see his conflicted thought process play out. Evidently it’s a struggle for him to commemorate the death of this well-respected pillar of the community who was also clearly a racist. He has problems coming to terms with the fact that he always craved – and still dearly wants – his father’s approval, while simultaneously loathing a lot of what the man stood for.

It’s an electrifying performance from Spall in this one-man state-of-the-nation address. During the 100-minute straight-through show we see him ducking and diving all over the stage and into the audience, running until he sweats and shouting until he’s hoarse – it all looks very physically-demanding indeed. His quick-fire delivery is almost overwhelming initially, but it didn’t take long for us to adjust to his rapid exhanges, as he nimbly jumps between playing Michael and the various people in his life.

We didn’t really feel that it drew any unexpected insights, however. There doesn’t seem to be a take away message more profound than generally people are complicated, and that those we dislike can still have redeeming features. While Death of England explores these considerations in a reasonably interesting manner, it doesn’t challenge us with any ideas we haven’t already seen debated in other political shows over the last few years. As such we can’t really say we were too enamoured with the play itself, but it’s still a compelling and pretty enjoyable performance to watch.