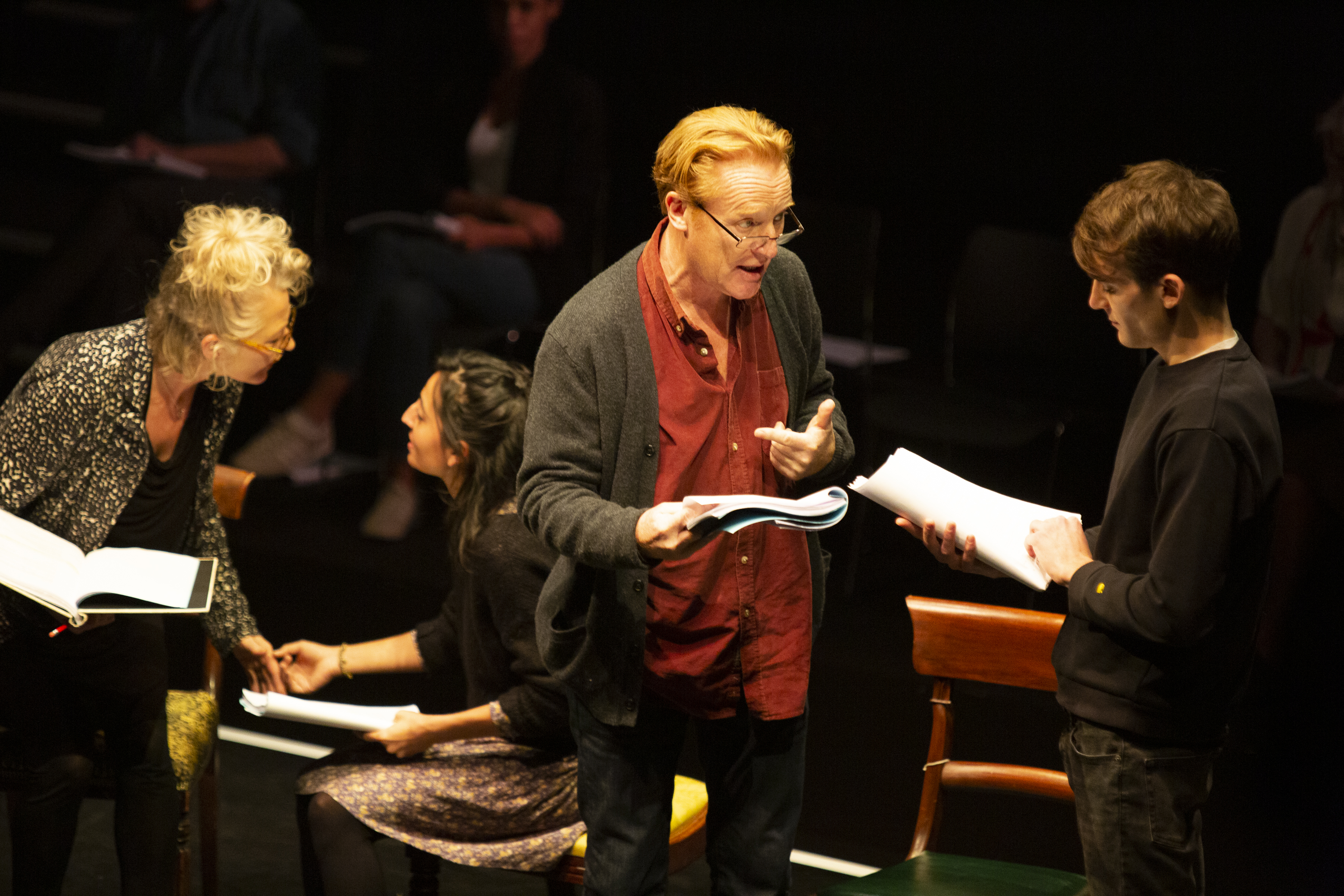 To commemorate 100 years since some women earned the right to vote in the UK, the National Theatre has commissioned a series of short sketches, rehearsed readings and events taking place over a long weekend.

Over the weekend we were invited to attend two events as part of the National Theatre’s Courage Everywhere programme. The first consisted of a rehearsed reading of short play In the Parlour by Judy Tate alongside a trio of new monologues called Magda, Jo, Isabella. The second event was a more straightforward affair, comprising a rehearsed reading of Elizabeth Robins’ 1907 play Votes for Women.

We were particularly taken with the trio of new monologues; all very short and snappy, they offered interesting insights into the current state of US politics from the perspective of female voters. One story detailed the working day of a housekeeper on the day of the most recent presidential election; staying at home to keep the children fed and looked after, and everything clean and tidy, while the gentleman and lady of the house went to work and to vote. No one in the household seemed too happy when the “bad man” got in.

Another told of the difficulty a black female voter had while trying to exercise her democratic rights – reprimanded by the police for trying to vote in spite of a previous conviction. It became evident that black voters only were being targeted as part of the supposed clampdown on perjury; we gained a brief and interesting insight into her fight for her rights.

In the Parlour was a particularly intriguing piece. Set in 1913, on the eve of a historic women’s suffrage march in Washington, it detailed the meeting of African American activist Mary Church Terrell and white suffragette Alice Paul. It explored their negotiation and the shifting power balance in an intelligent way and we were excited to see how it turned out.

Votes for Women was the most substantial work – a three-act dramatisation of the moment in which the Suffragette movement was born. It weighed in at over two hours which seemed quite lengthy for a rehearsed reading. We found the first half pretty interesting, as the polite political discourse of society at the time suddenly made way for the women who stood up to be counted. The town hall meeting where the Suffragettes spoke had some powerful moments. The second act, however, was a bit of a long slog – we could see it working as a full play but proceedings just unfolded too slowly over the course of the reading.

Courage Everywhere was an interesting and varied programme, presenting a mixture of old and new stories of universal rights from across the years and throughout the world. We felt it was a bit of a mixed bag, however, with the shorter plays working well in the context but the more substantial works struggling to maintain our interest in this format.