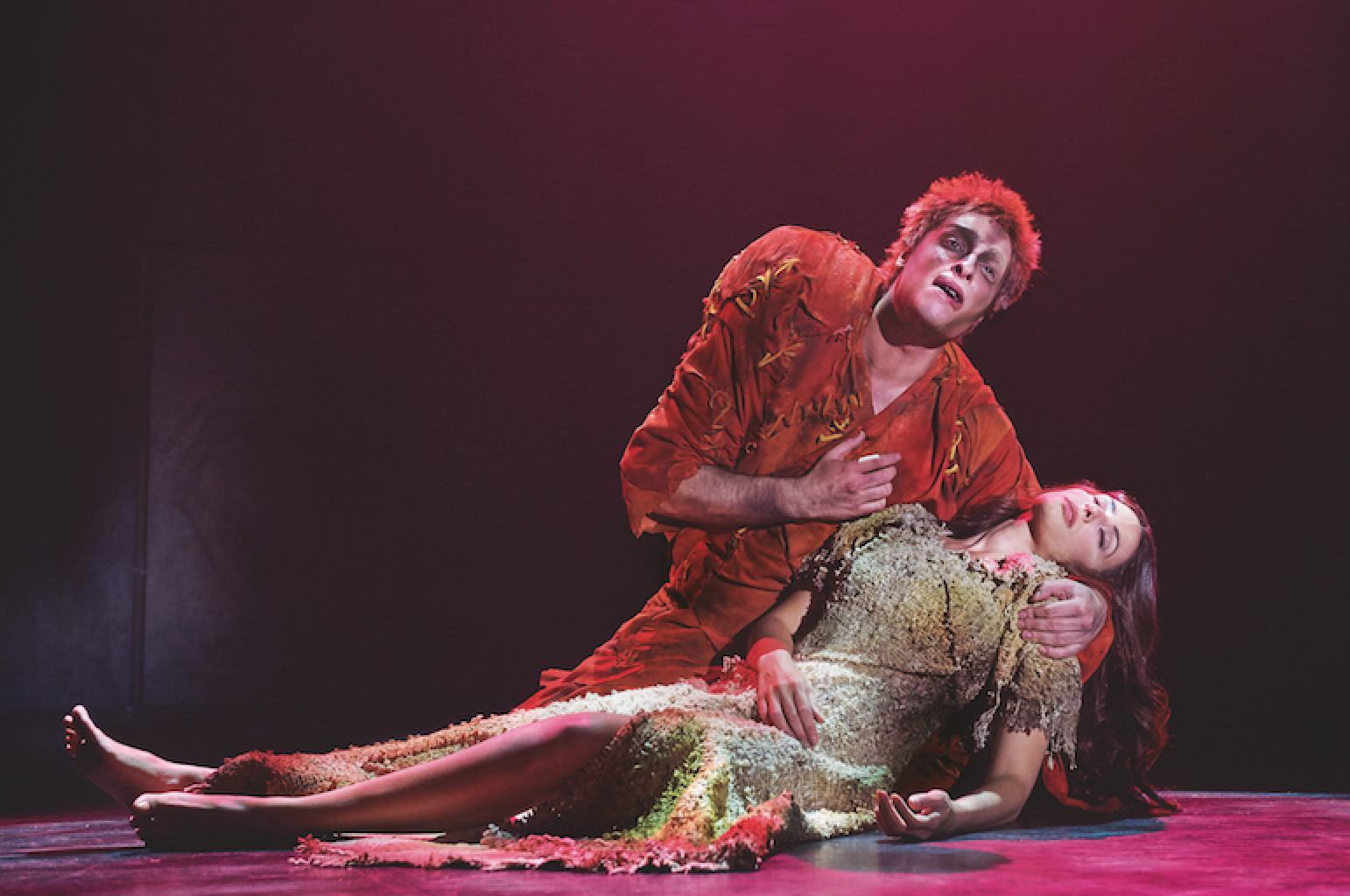 The Victor Hugo-inspired French musical sensation has returned to London, this time at the stunning Coliseum.

Notre Dame de Paris’ initial London run at the Dominion Theatre back in 2000 was short-lived and widely panned, largely owing to a clunky English translation and pre-recorded musical accompaniment. It has now returned to London’s West End with songs in their original French, with English surtitles, and accompanied by the English National Opera’s orchestra. For those unfamiliar, it retells Victor Hugo’s tragic tale of the Parisian underworld in the late 15th century. It’s also a pop opera on an absolutely epic scale.

It’s certainly not a subtle show; there really isn’t any light and shade here. It starts big and the mantra seems to be bigger, louder, more; this does present a problem in that the opening scenes are so epic, there really isn’t anywhere for the performance to go. It all feels rather dated, too – the set may be vast, but it looks like it hasn’t had a facelift in the two decades that the show has been touring. The music is not dissimilar to a late-90s Eurovision Song Contest, although to be honest we quite enjoyed that.

The narrative feels a bit all over the place, sadly. While all the key elements of Victor Hugo’s story are present and correct, the scenes don’t always follow logically on from each other. Act two doesn’t pick up where act one left off, which left us a bit baffled as to when we might return to the main story. We also felt that some elements – the undocumented migrants seeking refuge, for example – had such an obvious contemporary parallel that they really should have been developed in a more meaningful way.

Having said all of this, there’s still plenty to enjoy. Many of the musical numbers, while over-the-top, dated and a bit cheesy, are perfectly enjoyable – a handful are really quite memorable. Hiba Tawaji, as Esmerelda, sings superbly – if a little too earnestly. The choreography is wild, too – we weren’t always convinced it particularly added much to proceedings, but it was highly energetic and impressive to watch.

Notre Dame de Paris is something of a mixed bag. It all feels a bit naff, and it’s certainly dated; the songs are cheesy; the performances are constantly over-the-top; the story is often incoherent; it weighs in at a hefty two-and-a-half hours, sometimes feeling a bit stodgy. Yet for all its flaws, we still found it to be an entertaining night at the theatre. A rather enjoyable curiosity.