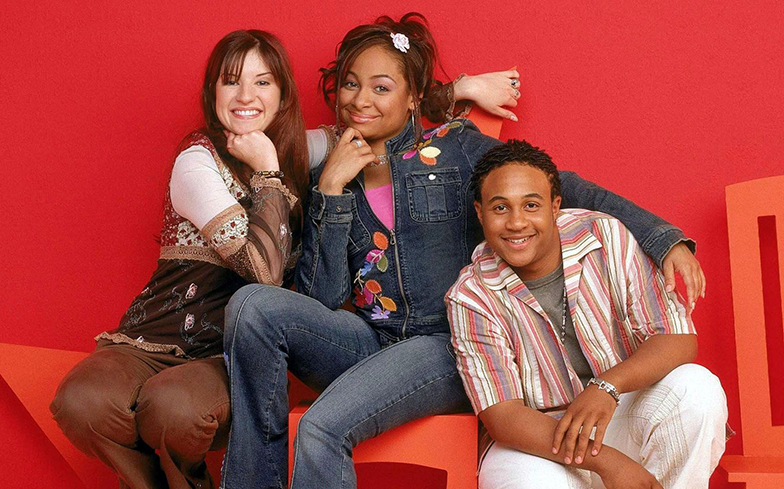 Disney Plus is finally here, and it couldn’t have come at a better time.

With governments and health officials advising everyone across the world to self-isolate to prevent the spread of the coronavirus, people are bingeing television shows and films on streaming services more than ever before.

It might’ve taken centuries, but Disney+ has finally made its debut in the UK, which means we have a whole new library of content to explore from Disney and Pixar classics, to blockbusters from Star Wars and Marvel.

The most exciting aspect of the service, however, is the inclusion of iconic Disney Channel original shows from the 90s and 00s that can’t be found anywhere else such as That’s So Raven, Hannah Montana and Lizzie McGuire.

We’ve rounded up nine of the most iconic and nostalgia-filled shows that you can watch right now on Disney Plus.

Before Miley Cyrus was renowned pop hitmaker Ashley O, she was Hannah Montana. The superstar became a teen idol after making her entertainment industry debut as Miley Stewart, a seemingly normal yet quirky teenage girl living a double life as a student by day and as a pop starlet by night. The series was infamous for Hannah’s music library, which included classics such as Life’s What You Make It, Nobody’s Perfect and the legendary theme song, The Best of Both Worlds. The success of the series spawned a feature film, which is also available to stream on Disney Plus, and launched Miley into a bonafide pop icon. Since her stint on the series, the star has released six well-received studio albums and topped charts with singles such as Party in the USA, We Can’t Stop and Wrecking Ball. (Mother’s Daughter deserved better.)

The late 90s and 00s were a fantastic time for female empowerment. The Spice Girls defined girl power, Buffy saved the world (a lot) and the witches of Charmed were vanquishing demons and warlocks while balancing their careers and social lives – in ridiculously fashionable outfits, we must add. But for younger audiences, it was Kim Possible. The iconic animated series focuses on a teenager tasked with fighting crime on a regular basis while coping with her adolescence, with the help of her best friend Ron, his mole rat Rufus and 10-year-old computer genius Wade. Kim was kind, smart and a total badass, and due to the lack of (animated) superheroines at the time, became a feminist icon. Fun fact: the theme song was sung by AM to PM and Dip It Low songstress Christina Milian. (Not for the recent live-action film, we wouldn’t recommend that.)

A sequel to the 2002 film of the same name, Lilo and Stitch: The Series follows the two title characters and their (mis)adventures as they set out to locate all of Stitch’s “cousins” and help them use their extraterrestrial abilities for good. Queer audiences could see themselves in multiple characters in the series, especially Pleakley, a United Galactic Federation agent who crossdresses on his missions, and – this may sound like a stretch – Stitch. He was different and misunderstood by everyone except for this female bff. Granted, he was a genetically-engineered, extraterrestrial lifeform who resembled a blue koala and had anger issues, but…

Think, if it weren’t for Hilary Duff’s star-making turn in Lizzie McGuire, we wouldn’t have been blessed with teen classics such as A Cinderella Story, Raise Your Voice and the widely critically-acclaimed, Academy Award-nominated (in my mind) Casper Meets Wendy. Oh, and who could forget non-number one hits such as Come Clean, Wake Up and Sparks? Ugh! What an icon. From 2001-2004, Hilary starred as Lizzie McGuire, a teenage girl navigating high school while an animated version expresses her inner thoughts and emotions. Its success led to the release of the groundbreaking and revolutionary feature film, The Lizzie McGuire Movie, which follows the character as she travels to Italy on a school trip, falls for an utter tool called Paolo and serves pop excellence with the inspirational dance anthem, This Is What Dreams Are Made Of – which isn’t available on iTunes or any streaming services. Do we need to start a change.org petition or what?

We could all see ourselves in one of the six core characters in Recess couldn’t we? Whether it was ringleader TJ, hard-as-nails Spinelli, academically gifted Gretchen, kind-hearted Mikey, socially awkward Gus or the physically fit and super athletic Vince (lol no). If not, you definitely wanted to be an Ashley, huh? The 90s series follows the shenanigans of elementary school kids in their playground, which is ruled with an iron fist by a sixth grader called King Bob. With a total of 127 episodes spread across six seasons, Recess is one of the longest-running Disney Channel productions in history. The series was followed by one theatrical film and three direct-to-video spin-offs, all of which are available to stream on the service. We’re still waiting on a live-action version…

The Suite Life of Zack and Cody follows two twin brothers who take up residence in the fancy Tipton Hotel (a parody of the Hilton) and cause mayhem with the assistance of candy counter girl Maddie (Ashley Tisdale) and London (Brenda Song), the hotel’s ditzy heiress. Each episode sees the boys avoiding the hotel manager, Mr. Moseby (Phill Lewis) and trying not to get their mother (Kim Rhodes) fired from her job as the hotel’s lounge singer with their mischief. It was the greatest form of escapism, because who didn’t want to live in the Tipton? And sorry, but who didn’t want to be London, aka one of the most iconic Disney Channel characters in history and master of the prindle? We still stan. Disney Plus also features the show’s spin-off, Suite Life on Deck, and The Suite Life Movie, which we didn’t know existed but will be watching immediately.

It doesn’t get more iconic than this, does it? Before she became Adore Delano’s best squirrel friend on RuPaul’s Drag Race, Raven-Symone(yay) reigned as the queen of Disney Channel as Raven Baxter, a teenager with psychic abilities who finds herself in rather peculiar situations such as: impersonating a vegan singer-songwriter; eating hot and melted cheese from her school’s air vent; slaying the music and fashion industry as a lasagne-inspired pop superstar; stalking Paula Abdul and transforming into a cow – literally. The series received universal acclaim throughout its run and was notable for touching upon race discrimination in the United States. It is widely regarded as one of the best Disney Channel shows of all time.

One of the later Disney Channel Original entries on this list, The Wizards of Waverly Place starred Selena Gomez as Alex Russo, a spellbinding teenager who battles for the right to become the Family Wizard of her generation. First, she must compete against her two teen brothers, Justin (David Henrie) and Max (Jake T. Austin), while her wizard father (David DeLuise) and mortal mother (Maria Canals Barrera) attempt to keep them from causing destruction of their sandwich shop – and the world. It’s so very serious. The series received acclaim throughout its run, winning three Primetime Emmy Awards – including Outstanding Children’s Program – and boasted the most watched Disney Channel series finale ever with over 10 million viewers. Alex remains one of the most likeable and memorable lead characters in Disney’s history, and 13 years later, she’s still a role model to many. She was witty, funny and had superpowers. Like… c’mon.

Years before Hugh Jackman flooded basements as Wolverine in the first live-action X-Men film, comic fans were able to watch their favourite superheroes in the first ever animated series about the titular team. Although it was accessible for younger viewers, thanks to its groundbreaking animation and sensational voice cast, it dealt with adult themes and social issues such as divorce, loneliness, the Holocaust and the AIDS epidemic. Like we mentioned earlier with our questionable Stitch reference, the queer community were able to relate to the show’s characters because of their status as outcasts and exclusion from society.