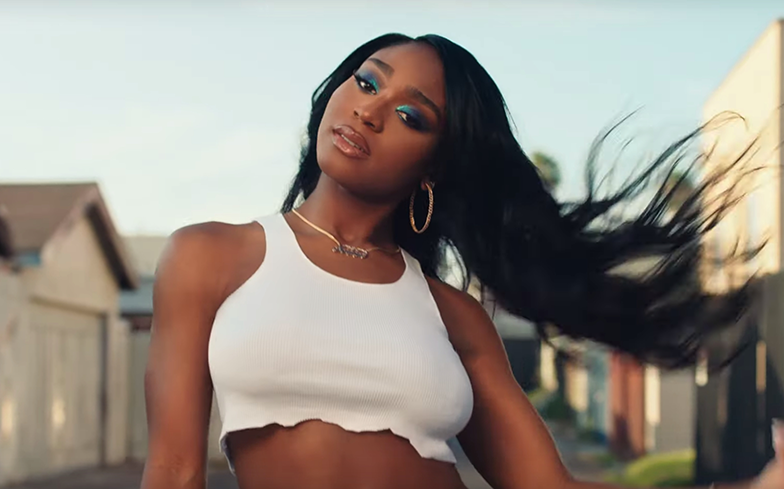 Normani is throwing it all the way back in the video for Motivation.

The former Fifth Harmony star pays homage to iconic music videos from the 90s and 2000s in the dance-filled visual, particularly Britney’s choreographed basketball number in Baby One More Time and Crazy in Love by Beyoncé.

The R&B anthem is Normani’s first single as a lead artist. She’s attained chart success over the past year as a featured singer on tracks such as Dancing with a Stranger (with Sam Smith) and Love Lies (with Khalid).

Ariana Grande, who co-wrote the track, tweeted that she was “so proud” of Normani, to which she responded: “I love you so much. Thank you for believing in me the way that you have sis and for being my biggest cheerleader. We got a smash!”

Motivation will be the lead single from Normani’s upcoming debut studio album – watch the video below.