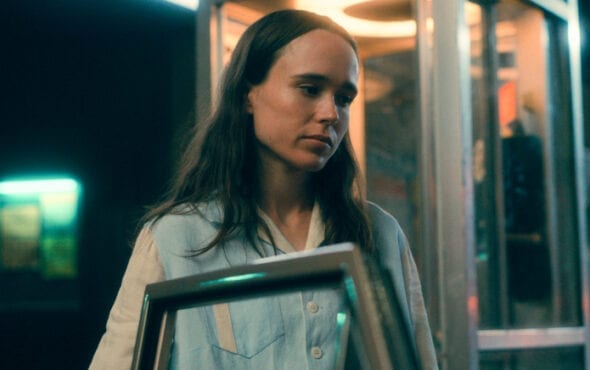 There are no plans to alter the gender of Elliot Page’s character in The Umbrella Academy.

This week, the Oscar-nominated actor came out as transgender and non-binary in a powerful statement on social media, in which he wrote: “My pronouns are he/they and my name is Elliot.

“I feel lucky to be writing this. To be here. To have arrived at this place in my life. I feel overwhelming gratitude for the incredible people who have supported me along this journey.

“I can’t begin to express how remarkable it feels to finally love who I am enough to pursue my authentic self.”

However, there were some who suggested that Elliot’s character in the Netflix fantasy drama, Vanya Hargreeves, should be recast or changed to fit with his gender identity.

Nick Adams, director of transgender media at GLAAD, criticised this notion, telling Variety: “Trans actors can and do play both trans and cisgender characters.

“I’m sure Elliot will continue to be brilliant in Umbrella Academy and many different types of roles in the future.”

A source confirmed to Variety that this will not be the case, and Elliot will continue to play Vanya as a cisgender female. Netflix are also updating Elliot’s name in their metadata across all titles.

In his statement, Elliot continued to say that he’s been “endlessly inspired by so many” in the transgender community, and thanked them for “ceaselessly working to make this world a more inclusive and compassionate place.” The actor went on to address the “staggering” number of transgender individuals who have been murdered in the United States this year – with 40 dead, it’s the highest number on record.

“I am not trying to dampen a moment that is joyous and one that I celebrate, but I want to address the full picture. The discrimination towards trans people is rife, insidious and cruel, resulting in horrific consequences,” he said.

“To the political leaders who work to criminalise trans health care and deny our right to exist and to all those with a massive platform who continue to spew hostility towards the trans community: you have blood on your hands.

“You unleash a fury of vile and demeaning rage that lands on the shoulders of the trans community, a community in which 40 per cent of trans adults report attempting suicide.

“Enough is enough. You aren’t being cancelled, you are hurting people. I am one of those people and we don’t be silent in the face of your attacks.”

“To all the trans people who deal with harassment, self-loathing, abuse, and the threat of violence every day: I see you, I love you, and I will do everything I can to change this world for the better.”

The Umbrella Academy was recently renewed for a third season at Netflix.

Like its two predecessors, the new instalment will consist of 10 one-hour episodes. Filming begins in February 2021 in Toronto, Canada.

The first two seasons of The Umbrella Academy are available to stream right now on Netflix.