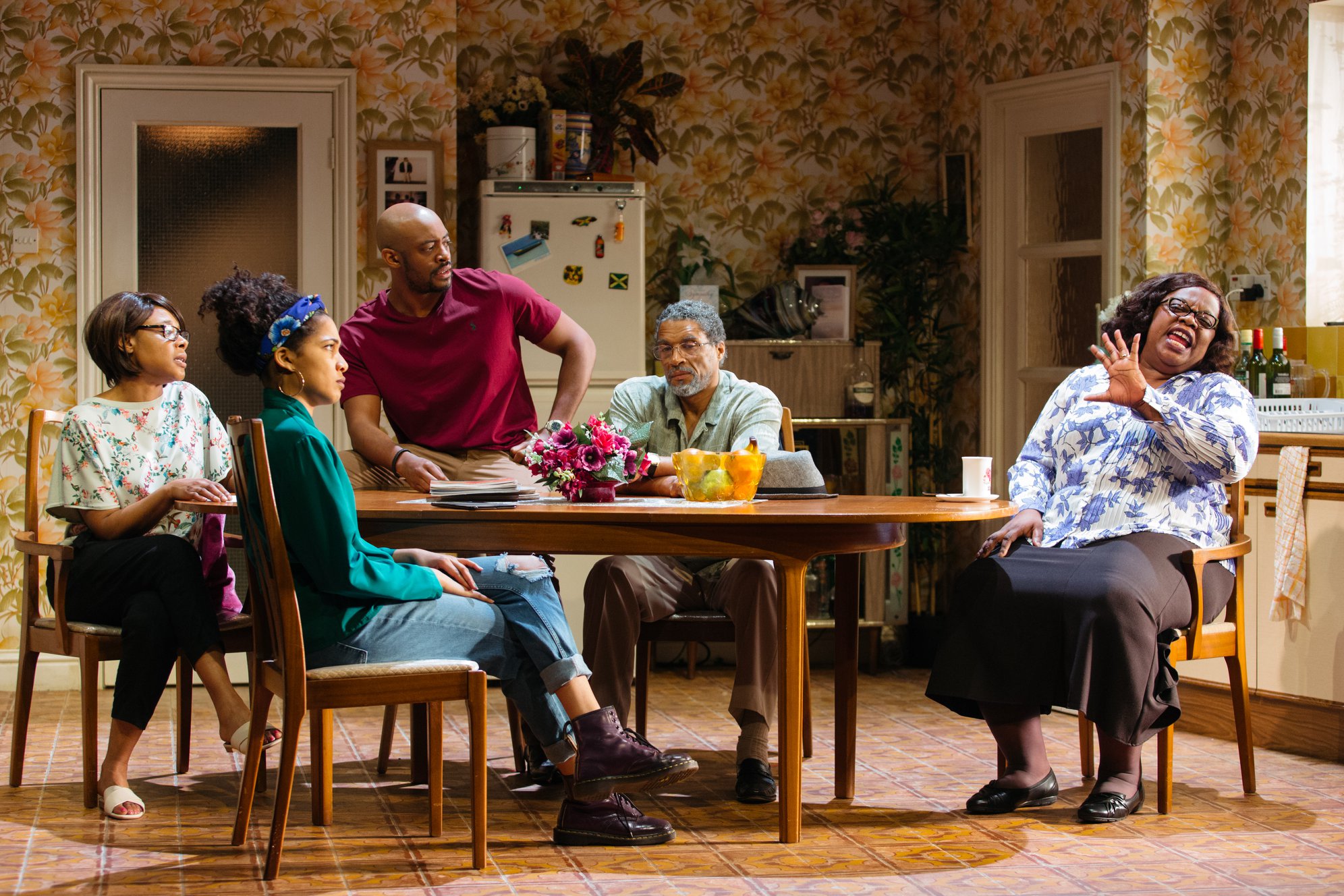 The debut play from actress-turned-playwright Natasha Gordon has opened at the National Theatre.

Nine Night is a play steeped in Caribbean culture; it focuses on the nine nights of official mourning which traditionally follow the passing of a loved one. During this time, friends and loved ones travel to the family home to offer their condolences and have a bit of a party, too. The final night is the most important, when the spirit of the deceased is encouraged to leave the house.

The story focuses on the children of Gloria, the deceased. She had a daughter, Trudy, left behind in the Caribbean to be raised by her grandparents when Gloria travelled to Britain. While here, she met another man and had two further children, Lorraine and Robert. Their dynamic is complex but explored with great sensitivity; on occasion tensions boil over and there are some difficult and complicated truths, but there are also some extremely tender and poignant moments.

This is a remarkably confident debut from Natasha Gordon. While on the surface it’s an ordinary family drama, it explores a whole range of issues with subtlety and a great sense of humour. It also feels incredibly timely, focusing on a family of Caribbean immigrants and their descendants, exploring – without being overtly political – both English attitudes to immigration and the lack of support the family receives from the government. In light of the Windrush scandal, it couldn’t be more relevant.

Star of the show is the matriarchal Aunt Maggie, played hilariously by Cecilia Noble. Stealing every scene she is in, she provides some cutting commentary and hilarious punchlines; she plays the role perfectly. Even watching her move around the stage, poking around the house and rearranging the furniture, is entertaining. Franc Ashman, as the supportive but underappreciated Lorraine, also impresses.

It’s not perfect, however. We felt there were some loose ends in the story line which we would have liked to have seen resolved; the issue of Robert and his wife Sophie’s unexpected pregnancy has promise but doesn’t reach a satisfying conclusion. The play’s final scene is also somewhat surreal and we’re not sure it’s quite what we were looking for in light of the events which unfold over the course of the play.

In spite of this, Nine Night succeeds far more often than it fails. It’s a wonderfully amusing exploration of everyday life which does a great job of observing the ordinariness of a family dealing with grief.