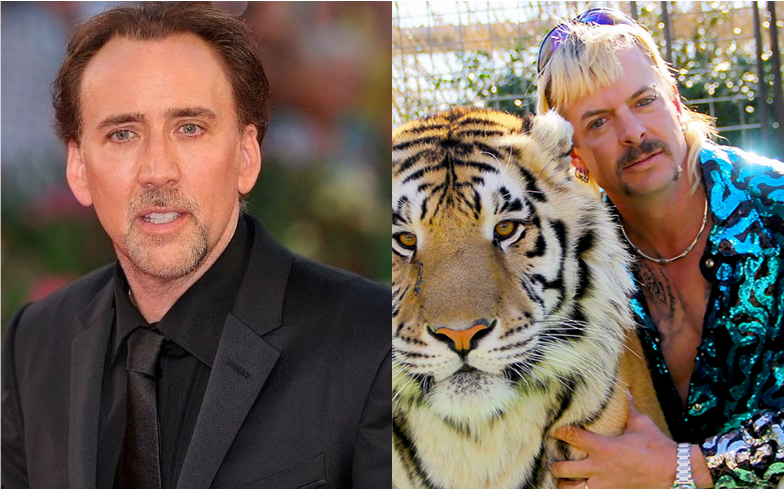 This is going to be amazing.

Nicolas Cage has been recruited to play Joe Exotic in an upcoming TV adaptation of Tiger King, Variety reports. This adaptation is different from others that have previously been reported on, and will centre on Exotic.

Cage has also been signed up as the executive producer for the project, via Saturn Films. The eight-episode series will be produced by CBS and Imagine Television Studios and will be based off of a Texas Monthly article that was titled: “Joe Exotic: A Dark Journey Into the World of a Man Gone Wild.”

The series is said to “live in the lion’s den” with Joe and explore how he became Joe Exotic and how he lost himself to the character.

Cage isn’t the only executive producer linked to the show. There will also be Dan Lagana, who will also serve as the show’s showrunner and writer, Paul Young via Make Good Content, Brian Grazer and Samie King Falvey for Imagine and Scott Brown and Megan Creydt for Texas Monthly.

Also linked to the project are James Seidman and Natalie Berkus, who will oversee for Imagine.

Nicolas Cage has acted in a wide range of films including the National Treasure and Ghost Rider series, Drive Angry, Face/Off, The Wicker Man and the 1987 romantic-comedy Moonstruck, in which Cher was also a part of.

And this isn’t the only upcoming TV series to be based off of the hit documentary. SNL alum Kate McKinnon will portray Baskin in an upcoming limited miniseries. She will also serve as an executive producer.

Baskin later called McKinnon a “wonderful actress” and implored her “to not use real big cats and cubs” in the series.

And there is also an upcoming Ryan Murphy adaptation, with Rob Lowe set to play Joe Exotic. Reports say that the adaptation will be released onto Netflix, but there is no word as to whether it will be a film or a TV series.

Rob confirmed the news by posting on his Instagram: “Rob Exotic. UPDATE: Ryan Murphy and I will be developing our version of this insane story. Stay tuned!”