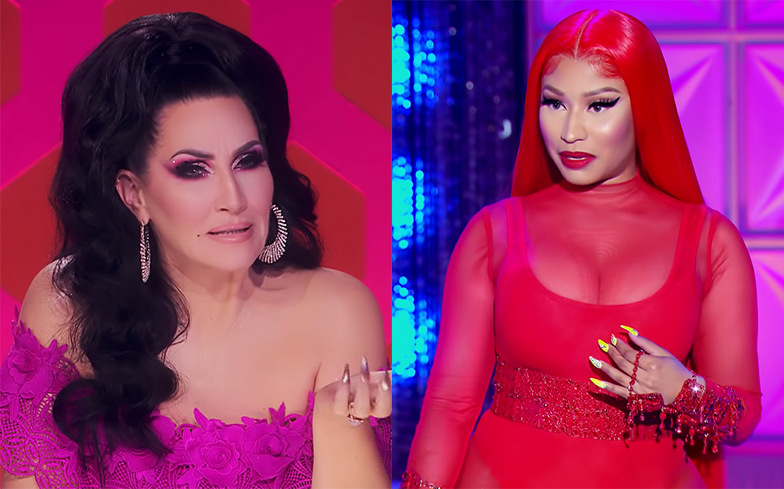 Nicki is coming for Ru’s throne.

VH1 have unleashed the first clip of Nicki Minaj as she sashays and shantays down the Drag Race season 12 runway.

In the short video, the record-breaking rapper hilariously assumes RuPaul’s position on the main stage, addressing a very confused Michelle Visage and Carson Kressley as she announces, “Welcome to the main stage of RuPaul’s Drag Race!”

After being asked by Michelle if she used the wrong door, Nicki responds: “Did I? I mean, I just came in where the queen was supposed to come in through? Please don’t tell me I did something wrong. I don’t want to get in trouble by Ru!”

Nicki then waddles across the stage as Ru’s signature laugh can be heard in the background.

RuPaul’s Drag Race season 12 premieres 28 February on VH1 (THIS FRIDAY!) and will be Nicki’s debut appearance on the series. Other guest stars this season include Chaka Kahn, Normani, Robyn, Jonathan Bennett and Jeff Goldblum.

Ru recently confirmed that the premiere will be split into two separate episodes.